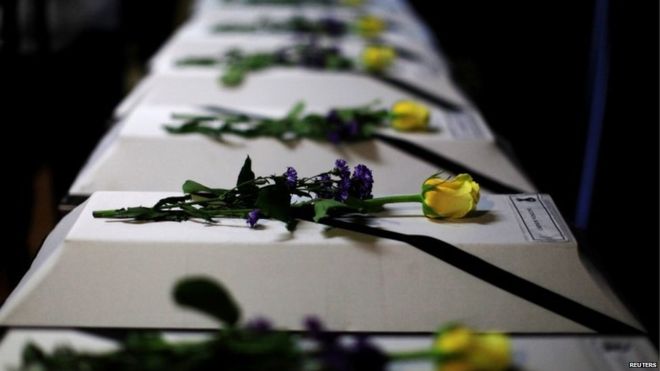 Photo credit: Reuters
<p>El Salvador's Supreme Court on Wednesday declared as unconstitutional a 1993 law that prohibited the prosecution of crimes committed by the military and leftist guerillas during the Central American country's bloody civil war.</p><p>The court's decision could allow prosecutors to investigate atrocities from the civil war that stretched from 1980 to 1992.</p><p>"Amnesty is contrary to the right to access justice ... and the right to full compensation for victims of crimes against humanity or war crimes that constitute serious violations of international humanitarian law," the court said in a statement.&nbsp;</p>
Read the full article here: National Catholic Reporter/Reuters