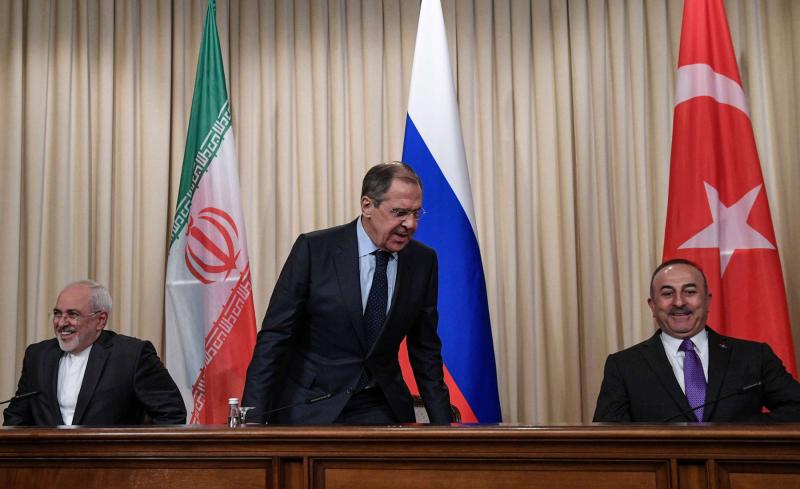 Russian Foreign Minister Sergei Lavrov (C), Turkish Foreign Minister Mevlut Cavusoglu (R) and Iranian Foreign Minister Mohammad Javad Zarif (photo credit: The Arab Weekly)
Unyielding enmity and distrust between the government of Syrian President Bashar Assad, the opposition and other Syrian groups are among reasons for the delay. ISTANBUL - A drive to set up a panel to write a new constitution for Syria has all but ground to a halt because of deep political differences between local and international players. One year ago, a meeting in Russia of almost 1,400 representatives of various Syrian groups led to the formation of a “Constitutional Committee.” Announcing the decision on January 30, 2018, Staffan de Mistura, the UN Syria envoy at the time, said the committee’s work would be “drafting a constitutional reform.”
Read the full article here: The Arab Weekly