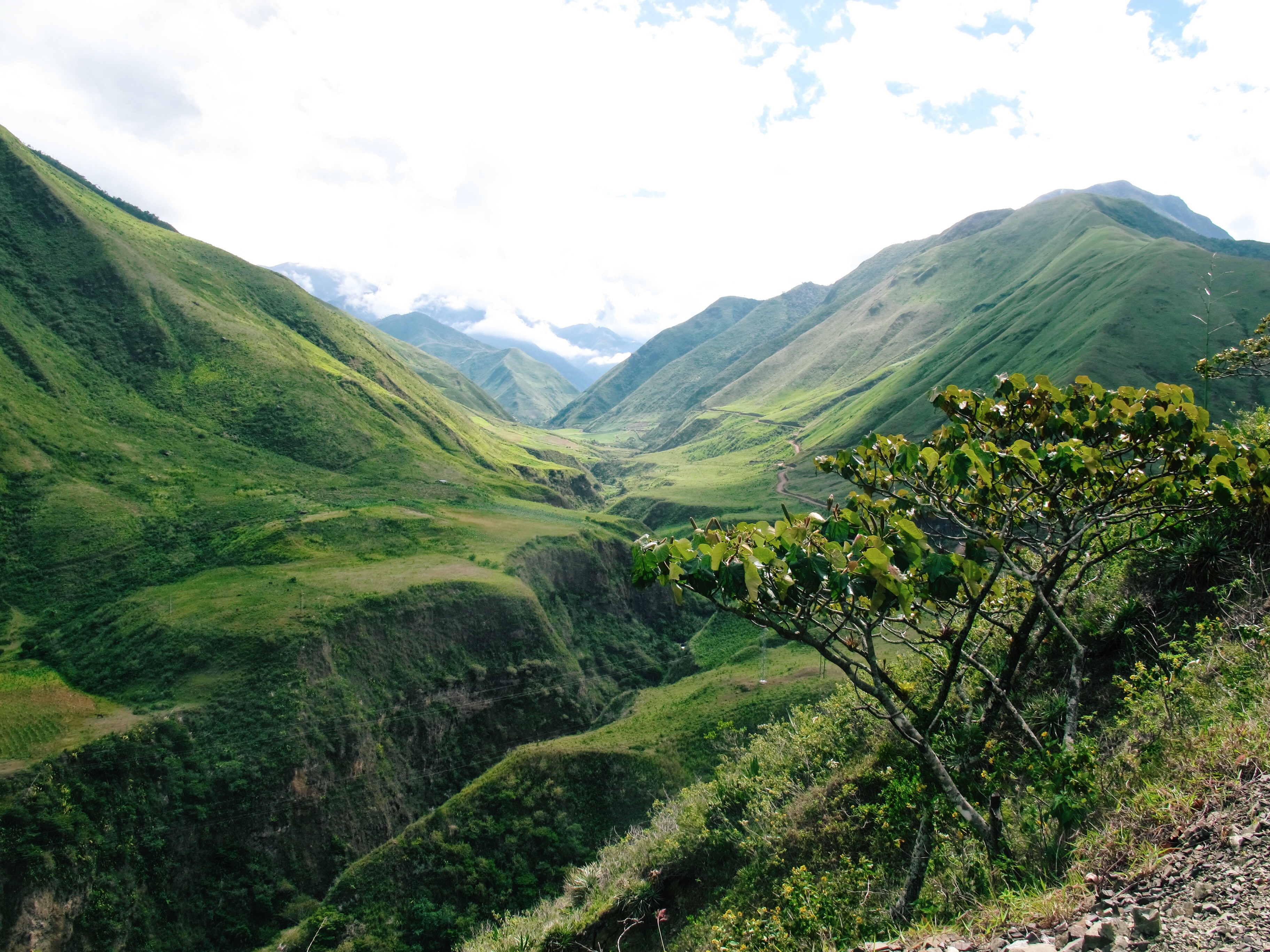 Mountains in Ecuador (photo credit: Reiseuhu via Unsplash)
Ecuador’s highest court has ruled that plans to mine for copper and gold in a protected cloud forest are unconstitutional and violate the rights of nature. In a landmark ruling, the constitutional court of Ecuador decided that mining permits issued in Los Cedros, a protected area in the north-west of the country, would harm the biodiversity of the forest, which is home to spectacled bears, endangered frogs, dozens of rare orchid species and the brown-headed spider monkey, one of the world’s rarest primates. Enami EP, Ecuador’s national mining company, held rights for mining concessions that had been granted in two-thirds of the reserve. The decision means that mining concessions, environmental and water permits in the forest must be cancelled after the court upheld a lawsuit brought by communities near Los Cedros that was successful in a lower court. The ruling by Ecuador’s highest court, published on Wednesday, upheld the rights of nature, which are enshrined in the country’s constitution, and said they applied across the whole country, not just to protected areas.
Read the full article here: The Guardian