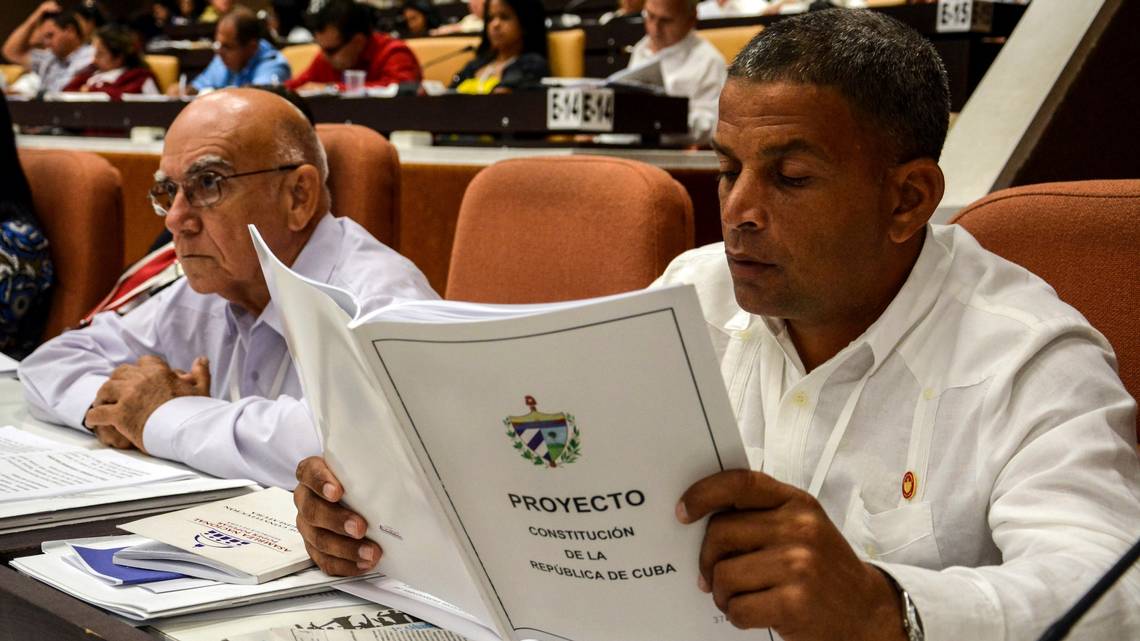 An MP studies the proposed constitution (photo credit: Abel Padron/ACN)
More than 135,000 meetings will be held in workplaces, schools, community centers and abroad to solicit feedback on the draft, according to Granma, the newspaper of Cuba’s Communist Party. The meetings will be run by 7,600 two-person teams who will receive specialized training. On Tuesday, the first of about 600,000 copies of the proposed constitution went on sale for one Cuban peso (4 cents) at newsstands and post offices in Havana and the central provinces, and the government also posted an online version for download. By Friday, the government hoped to have copies of the text available across Cuba.
Read the full article here: Miami Herald