Constitutional reform in Maldives: Towards a parliamentary system of government and decentralization? 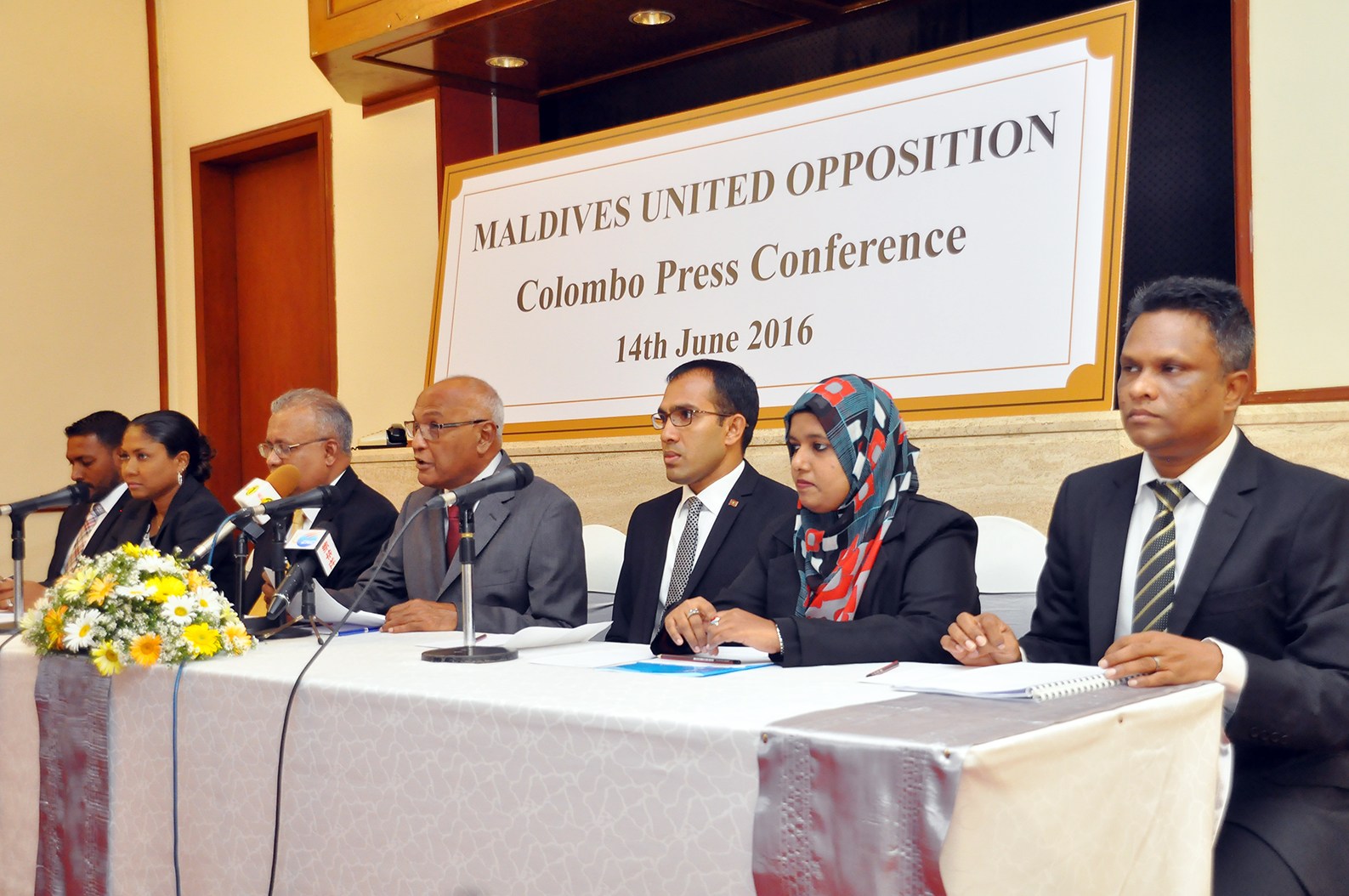 The 2018 Maldives presidential elections have relaunched the country’s democratic dispensation. Nevertheless, the political instability that has characterized Maldives politics, arising from power sharing coalitions, may not be gone just yet. Whether the strengthening of the decentralization system and a possible shift to a parliamentary system would tame the specter of instability is unclear – writes Dr Mariyam Zulfa.

On 17 November 2018, Ibrahim Mohamed Solih was sworn in as President of Maldives. Supported by a coalition of four opposition parties, Solih defeated incumbent President Abdulla Yameen, an estranged half brother of Maldives’ longest serving former President Maumoon Abdul Gayoom, in the September 2018 presidential elections. The change has reignited debates on a possible shift to a parliamentary system of government and enhanced the drive towards a decentralized system of administration.

Incumbent Abdulla Yameen was widely assumed to win a second term, having amassed absolute control over parliament and most of the independent institutions of the country. Amongst other things, Yameen had appointed a loyal supporter from his own party, Progressive Party of the Maldives (PPM), as Elections Commissioner. The leaders of all four opposition political parties had been imprisoned - Maumoon Abdul Gayoom (now, of the Maumoon Reform Movement, MRM), Mohamed Nasheed (Maldivian Democratic Party, MDP), Qasim Ibrahim (Jumhoory Party) and Imran Abdulla (Adalat Party) - on trumped up charges. With pressure from the international community, two of these leaders, Qasim Ibrahim and Mohamed Nasheed, were able to move abroad. From abroad, they put together a power-sharing agreement among the four parties to be operationalized once a common candidate had won elections. That common presidential candidate came to be Solih, from the MDP, the biggest of the four parties, and the vice-presidential nominee, Faisal Naseem, from Jumhoory Party, the second largest.

The people of Maldives voted for Solih to unseat Yameen in favour of a return to the rule of law. The defeat ended the perceived invincibility of Yameen, given his strong hold on power, prompting the Constitution Transformation Network of Melbourne University, a leading international constitutional law think-tank, to tweet that ‘the Maldives’ Constitution has proved to be more robust than previously thought after all’. Robust as it may be, the emergence and inevitability of coalitions/power-sharing agreements continues to undermine political stability.

The emergence and inevitability of coalitions/power-sharing agreements continues to undermine political stability.

The 2008 Constitution, Maldives’ sixth, introduced for the first time in Maldives a bill of rights, enshrined the separation of powers and established mechanisms for accountability and transparency. It paved the way for Maldives’ first multi-party elections in October 2008. However, just three years into his first term, divisions within the governing coalition forced the resignation of President Nasheed, who was accused of violating the constitution. Vice-President Dr Waheed took over for the remainder of the term. As constitutionally prescribed, elections were held in September 2013 and Nasheed won 46%, short of the 50% + 1 required by the new constitution. Turmoil began with the third candidate, Qasim Ibrahim, going to the Supreme Court disputing the results. This marked the starting point of when respect for the constitution sharply began to wane. Supported by Attorney General Azima Shukoor, who took the bold and unprecedented step of representing a leader of a political party, Mr Qasim in court, invoking the public interest, the first round of elections was (unsurprisingly) annulled.

The deadlines stipulated in the constitution for holding of elections passed. President Dr. Waheed deemed it proper to remain in office despite parliament deciding that the Speaker of the Majlis must take charge until election results were cleared. Voluminous amounts of complaints on the electoral roll were submitted by Gayoom’s Progressive Party of Maldives (PPM) as well as Qasim’s Jumhooree Party (JP), creating further delays and complications.

The former president led the adoption of constitutional amendments imposing upper age limits on presidential candidates and allowing the sale of land to non-nationals.

Eventually, in November 2013, fresh presidential elections were held and Mohamed Nasheed (MDP) won 46%, Abdulla Yameen (PPM) 25% and Qasim Ibrahim (JP) 24%, leading once again to the predicament of political parties having to collaborate. Yameen, PPM’s candidate, subsequently announced a coalition with Qasim Ibrahim for the purpose of winning round two, which enabled him to secure just over 51% and form a government. This coalition, just like the coalition that brought Nasheed into the presidency in 2008, fell afoul when Gayoom and Yameen went at loggerheads on the two now infamous constitutional amendments that Yameen proposed and speedily passed. The first amendment capping the age limit of presidential candidates at 65 years was ostensibly to prevent both Gayoom and Qasim, who were over 65 years, from running. This amendment, widely believed to violate international law, has been recently repealed.

Secondly, because of its small size, Maldives has traditionally prohibited the sale of land to foreigners. However, the Yameen government swiftly passed a constitutional amendment facilitating the sale of land  albeit with the stipulation that US$1 (one) billion dollars were required to be invested, on land approved for projects by the parliament. The constitutional provision originally prohibiting foreign ownership of land was changed to ‘except’ what was termed ‘project land’. All approved projects under this amendment attach ‘project rights’, including the right to own land in free-hold, with the proviso that 70% of the project must be located on newly reclaimed land from the sea, which was partly intended to address the threat of climate change. Gayoom opposed this amendment vehemently, insisting that at the very least a referendum must be held as a matter of grave importance to the public, but to no avail.

The instability of power-sharing agreements has become more precarious with the repeal of anti-defection laws.

After throwing Gayoom out of his own party, PPM, Yameen assumed the leadership of PPM and dismissed all those loyal to Gayoom. Gayoom went on crafting strategies with other parties to defeat Yameen at the ballot box, which succeeded in September 2018. At the heart of those strategies once again lay the question: how will coalitions survive when the constitution is silent on power sharing?

A parliamentary system as a durable cure to political instability?

The constitution does not provide for a power-sharing arrangement amongst political parties. Nor does it divide power between the president and the vice president. The duties of the vice-president, as in many presidential systems, are activated once the president is incapacitated or is otherwise absent. Power-sharing amongst political parties, at best, remains a contractual arrangement of a private nature and is rendered all the more precarious as anti-defection legislation (introduced by Yameen) has been abolished by the incoming new President Solih. Alarmingly, defections have already started, which could signal a new round of political instability.

One answer to the critical question of how to make coalitions work is being touted by Nasheed, leader of MDP, the party of current president Solih. In his opinion, Maldives must go for a parliamentary system of governance. In a television interview with Maldives’ popular TV channel Raajje TV, Nasheed said that the referendum in 2007 to choose between a parliamentary and presidential system, with the latter winning, was tampered with. He is vouching, once again, that a parliamentary system would attenuate the messy problems emanating from coalitions among otherwise unwilling partners. In other words, he is suggesting that another referendum be held and the constitution changed. An agreement must be reached among the four leaders in the coalition as to another referendum to get a ‘yes’ vote to institute parliamentary democracy.

Solih’s platform: The promise of a decentralized administration

The incoming coalition President Solih campaigned primarily on the promise of good governance, equality and justice and return to a decentralized administration structure - under the banner Jazeera Raajje (meaning Islands [of] Maldives). Decentralised administration processes were begun in earnest in 2008, enabled by the then new, first ever democratic Constitution of 2008. As power structures fell in 2012, with President Mohamed Nasheed’s resignation, decentralization was halted and powers recentralised back to the national government in the capital Malé.

Decentralization is central to the 2008 Constitution.

This recentralization drive was unconstitutional as the constitution devotes an entire chapter on decentralised administration. Decentralisation is a very important aspect in the context of the 2008 Maldives Constitution because the Maldivian people were generally known to be very tired, at the time when it was drafted, of a few elites holding the control of resources. This is notably true in relation to the islands, which are assets with lucrative potential because of the popularity of island tourism, given the one-island-one-resort concept. The reason why Nasheed and MDP are pushing for parliamentary democracy is linked to decentralisation so as to give control of resources to island and atoll (group of islands) councils. And, according to Nasheed, a parliamentary democracy would be the perfect foundation upon which decentralization will thrive, just as the 2008 Constitution intended to do.

The current Maldives Constitution for the first time launched the normative and institutional architecture for a democratic dispensation. When promulgated in 2008, it guaranteed separation of powers and established independent institutions – it seemed perfect. Unfortunately, the foundations to consolidate democracy were not laid down in the two-year transition period. The transitional provisions (Chapter XIV) set out certain milestones, including qualifications for all judges. This was not carried out and ultimately created chaos, culminating in Nasheed taking the exceptional and unlawful step of arresting a recalcitrant criminal court judge and eventually leading to his own ouster. In a bizarre twist, Nasheed and the MDP are joined today in the coalition by the very persons/parties who worked together in toppling him in 2012.

The new coalition agreement has brought together former rivals and whether it will hold is unclear.

After Nasheed was ousted in 2012 and Yameen took over power in 2013, the executive wielded complete control over the Maldives Police Service, Prosecutor General, Auditor General, Human Rights Commission and more alarmingly, the judiciary. Members of parliament were ‘gently persuaded’ to vote in a specific way by a powerful Yameen and sometimes ‘encouraged’ to switch parties. Parliament itself came under the control of Yameen and sessions were unlawfully curtailed. It seemed Yameen was styling himself like many authoritarian leaders in South Asia. Maldives’ legislature and judiciary had been overpowered by the executive. These and most other independent institutions were crippled to the extent that the constitution and its provisions appeared at times meaningless. Fortunately, similar to the notable defeats of other despotic leaders in the region, including Malaysia, Pakistan and Sri Lanka, Yameen has been ousted through democratic elections. The win by the coalition offers a beacon of hope for democracy and rule of law, especially at this crossroads as the Maldives Constitution marks its 10th year.

Nevertheless, the years of political instability may not end. The basis of the new government is founded on fragile coalition arrangements which have historically destabilized the government. Only time will tell whether the implementation of the provisions of the constitution in relation to decentralization and the possible shift to a parliamentary system of government will end the specter of political instability.

Dr. Mariyam Zulfa is currently reading Public and International Law at the Melbourne University Law School. She served in the cabinet of President Mohamed Nasheed as Minister of Tourism, Arts and Culture, and was a member of the Maldivian Democratic Party (MDP) at the time of adoption of the 2008 Constitution.