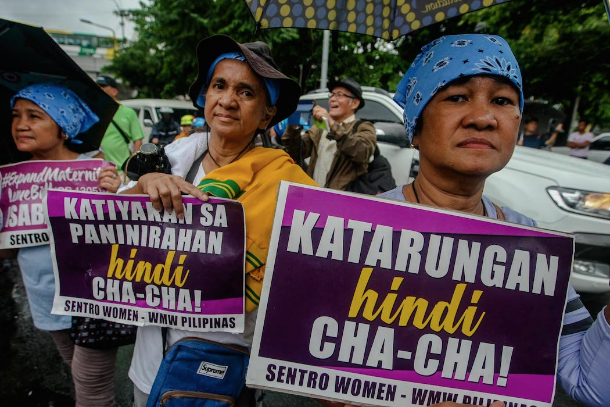 A group of women take part in a protest against proposed charter changes in Manila (photo credit: Jire Carreon)
Catholic bishops in the Philippines have voiced opposition to a proposed move to revise the constitution and adopt a federal form of government. In a pastoral statement issued at the end of their bi-annual meeting on Jan. 28, church leaders called the proposal accepted by the Lower House of Congress an "insidious matter." "It takes away the term limits for most elected officials and allows political dynasties to continue," read the statement titled "Seek the Common Good." They noted that the proposed changes also open the country's resources up to foreign ownership and eventual control.
Read the full article here: UCA News