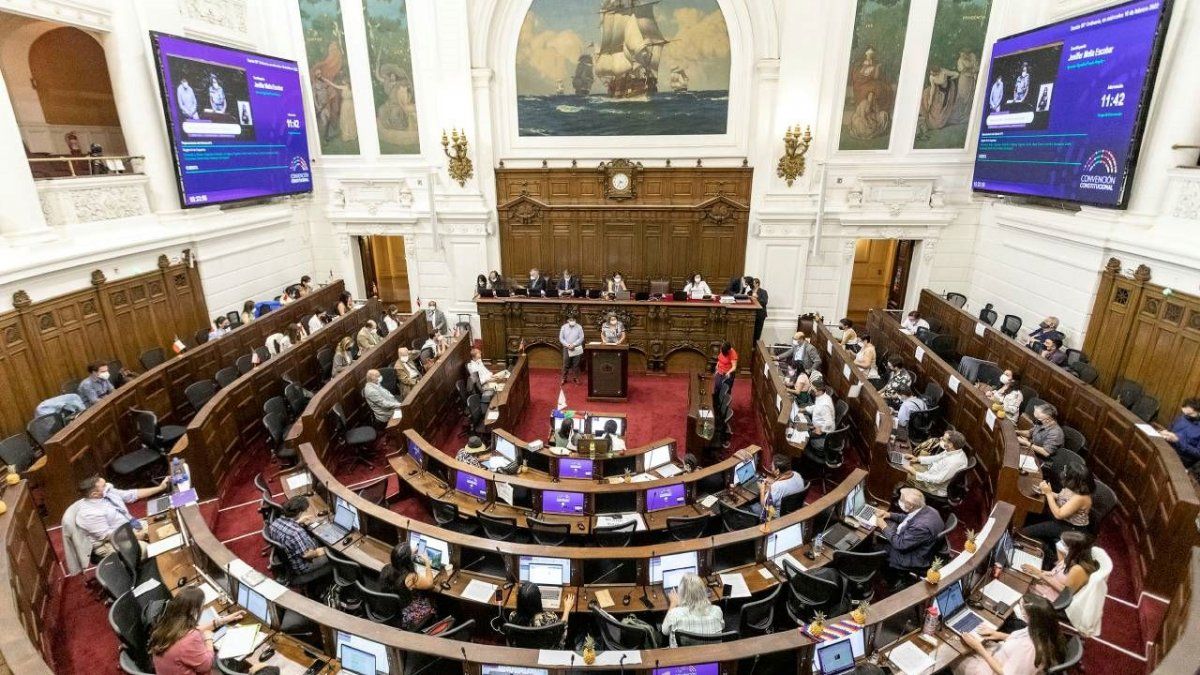 Chile's Constitutional Convention (photo credit: 24hoursworld.com)
The Constitutional Convention of Chile begins this Tuesday (15) the votes in plenary on a new proposal for a constitutional text for the country. After the deadline for receiving popular initiatives and defining the Convention’s operating rules has ended, the seven commissions will present their proposals for each topic, starting with the Justice Commission. In all, 947 rules were formulated, 78 of which were projects of popular initiative. [...] Each committee will have 15 minutes to report on the last weeks of work and then each constituent will have the right to speak for three minutes, so each session should have an average duration of 8 hours. The sessions will be held from Tuesday to Friday and each article must have the support of 2/3 of the plenary, equivalent to 103 deputies, to be included in the draft that must undergo a new plebiscite later this year. This stage should last until April 22nd so that on July 4th, when the Convention is one year old, the text will be released for popular vote.
Read the full article here: Perild