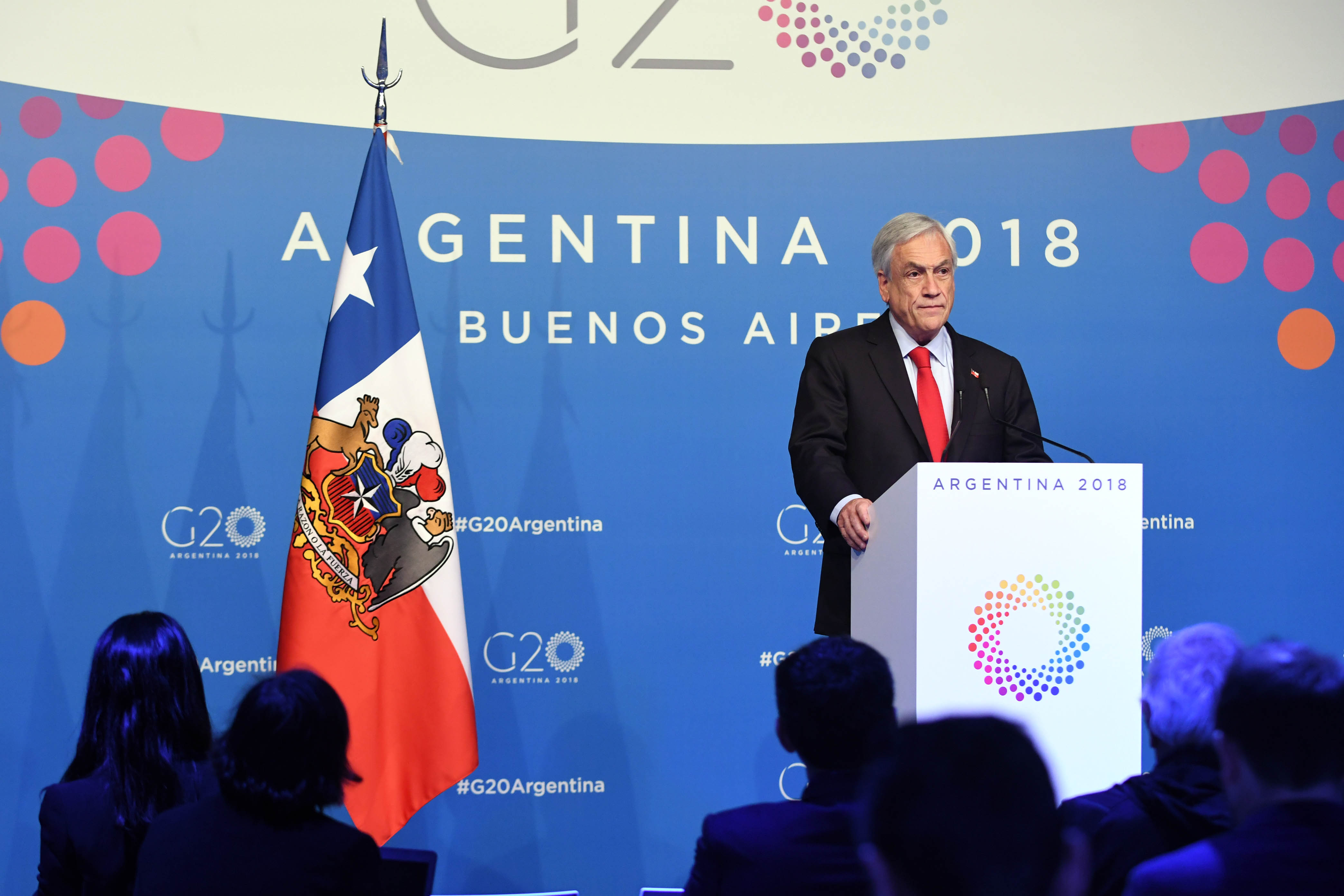 President Sebastián Piñera of Chile (photo credit: G20 Argentina/flickr)
In a highly criticized decision, the Chilean Senate rejected, by a minority, to enshrine water as a public good in the constitutional reform bill. The bid received 24 votes in favor and only 12 against, but since a two-thirds majority is requied to approve legislation in Chile, 29 votes were required to approve this bill. Should its promoters wish to insist on the issue, they will have to present a new text in the future.
Read the full article here: Prensa Latina