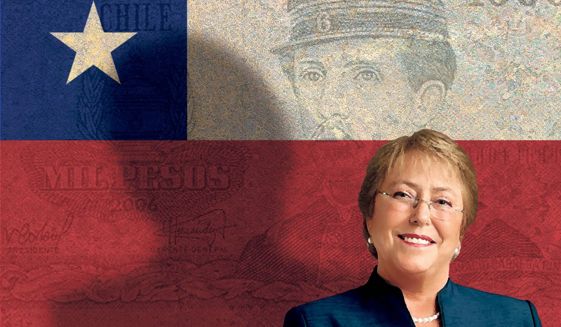 President Michelle Bachelet [photo credit: Washington Times]
<p>President Michelle Bachelet spoke with&nbsp;the program “La Hora del Taco” on Radio Universo. She referred to a new major reform: the Constitution.&nbsp;<span style="line-height: 20.3999996185303px;">“We want a participation process, we do not want an elite process,”&nbsp;said&nbsp;the president when she announced the&nbsp;so-called “constitutional process” for September. When&nbsp;she was asked if a plebiscite would be the most effective method, she replied,“no, it is not.”&nbsp;</span></p>
Read the full article here: I Love Chile