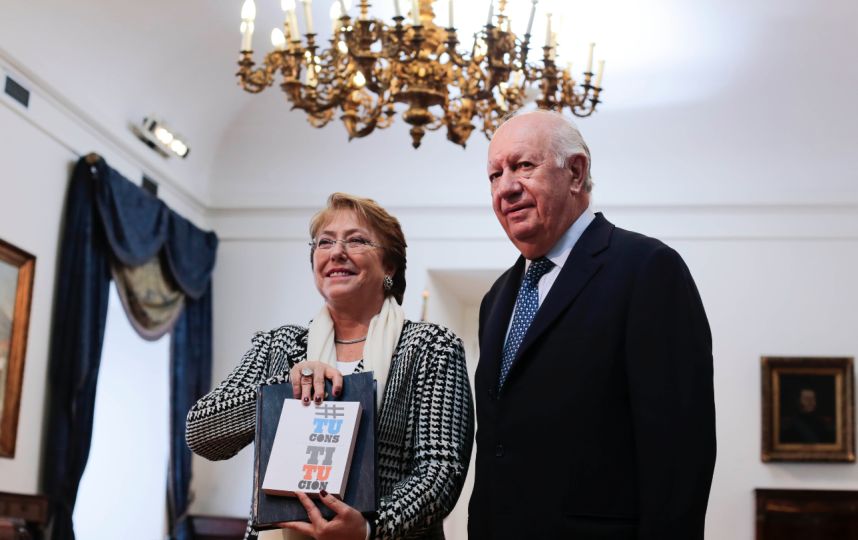 Current Chilean president Michelle Bachelet and ex-president Ricardo Lagos
<p>Former Chilean President Ricardo Lagos on Wednesday launched a Web site with an eye toward encouraging public input for reforming the constitution that dictator Augusto Pinochet imposed on the country in 1980.</p><p>The new Web site - nuestraconstitucion.cl, which sets out a plan for reforming the nature of the state, including the scope of the Constitution, the role of the state and the processes of government - is an independent project to pressure the national government via other forms of participation such as community and regional councils.</p>
Read the full article here: Fox News Latino