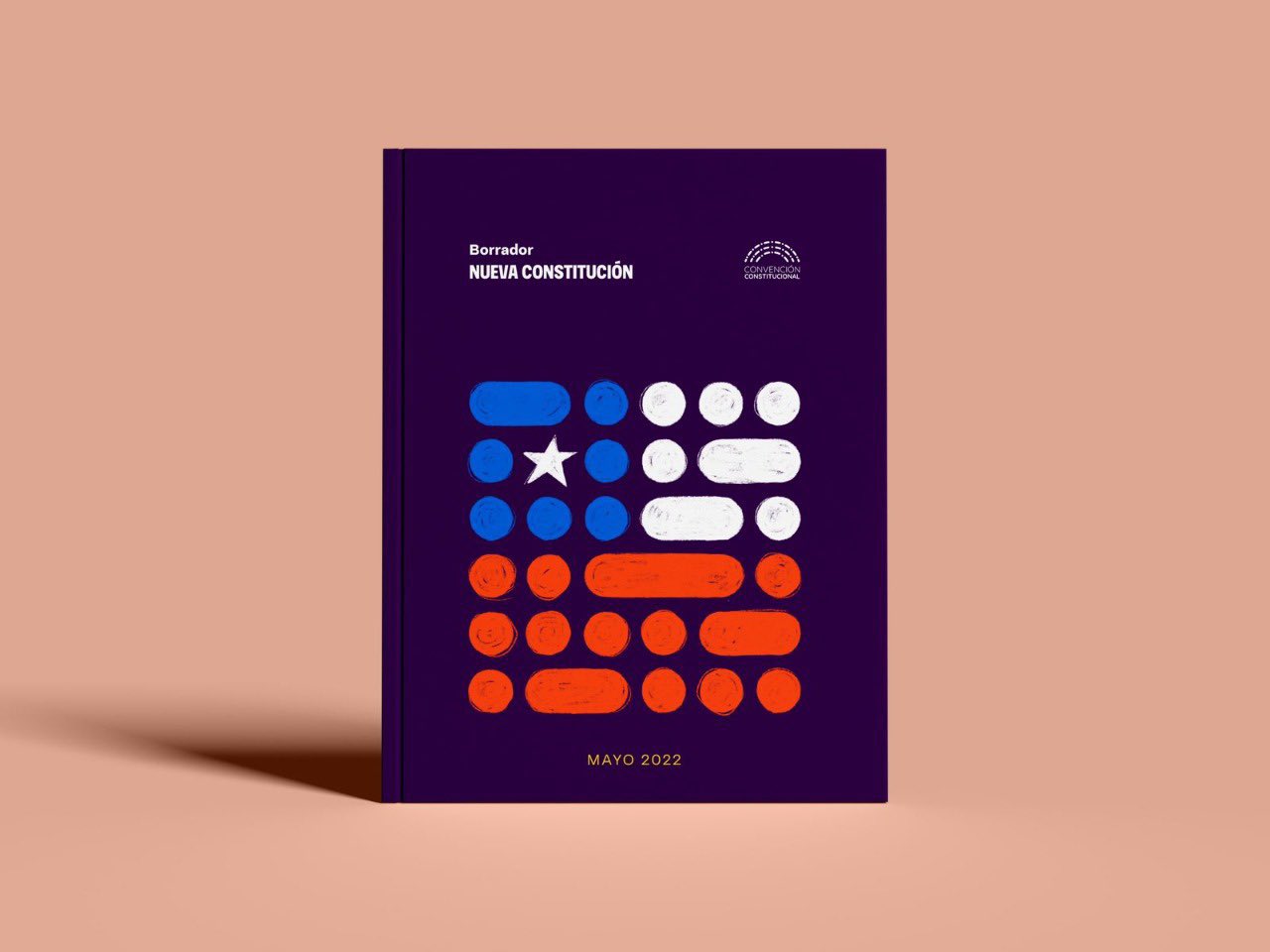 Chile's draft constitution (photo credit: @convencioncl via Twitter)
After 10 months of fraught negotiations, Chile has finalised the draft of a new constitution that could replace the document drawn up during Gen Augusto Pinochet’s dictatorship. [...] Among the long list of rights and freedoms the draft enshrines, the new constitution makes higher education free, ensures gender parity across government and makes the state responsible for preventing, adapting to and mitigating climate change. The constitution will be put to a referendum on 4 September in which all Chileans aged 18 or older must vote. [...] With 499 articles, Chile’s new constitution would be the world’s longest, prompting some concern over the “maximalist” approach taken by the delegates. The convention has divided into three commissions: one to streamline and condense the document; another to plot the transition from one constitution to the next; and a third to write a preamble. [...] If the draft is approved by a majority, it will be ratified as Chile’s new constitution. If it is rejected, the 1980 document will remain in force.
Read the full article here: The Guardian