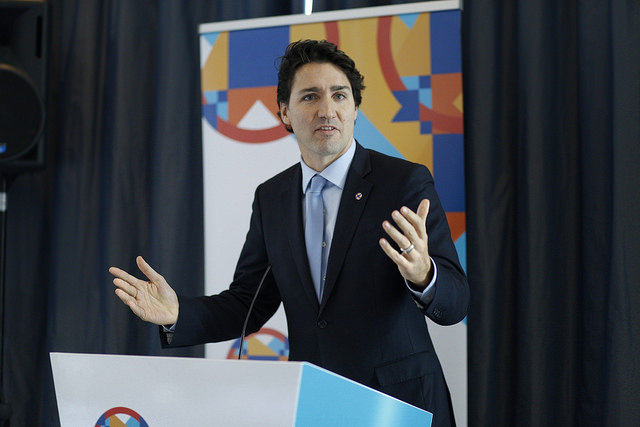 Justin Trudeau, Prime Minister of Canada (Photo credit: Commonwealth Secretariat / flickr)
Philippe Couillard, the Premier of Quebec, launched what he says will be a vast coast-to-coast consultation he hopes will end with Quebec’s signature on a constitutional deal recognizing the province’s distinct character and meeting other traditional demands rejected by Canada in the past. The idea was firmly rejected by the Canadian Prime Minister, Justin Trudeau, who said “You know my views on the Constitution, we are not reopening the Constitution”.
Read the full article here: The Globe and Mail