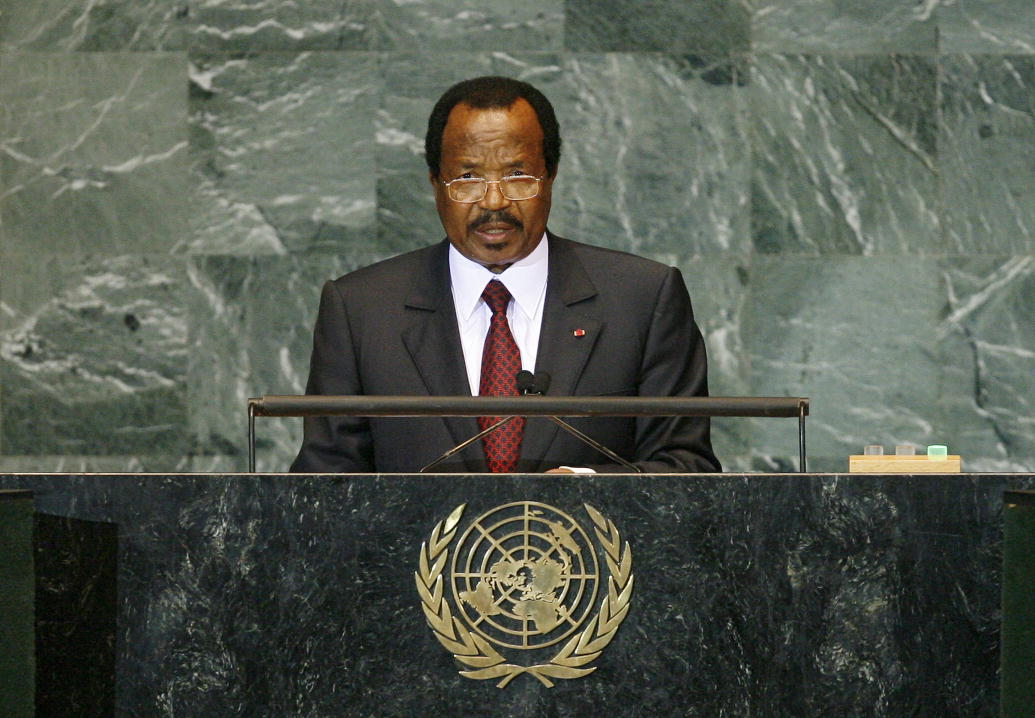 President Paul Biya of Cameroon (photo credit: United Nations Photo/flickr)
Cameroon's veteran leader Paul Biya on Monday announced the country first regional elections in December, including in two western regions in the grip of a revolt by the anglophone minority. The indirect elections on December 6 in the country's 10 regions will put in place councils provided for in a 1996 constitution in a move towards decentralisation but not yet implemented. [ . . . ] The regions will elect 90 councillors, who will have limited powers on local issues. Twenty of them will be representatives of traditional chieftains.
Read the full article here: France24