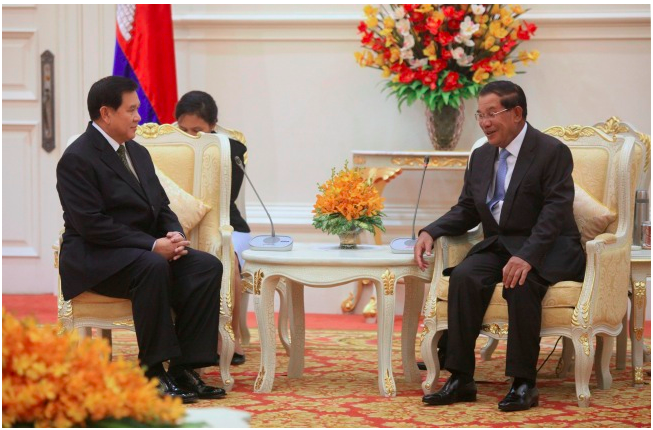 Prime Minister Hun Sen of Cambodia (photo credit: Prachatai/flickr)
The National Assembly is expected to meet soon to debate the State of Emergency Law draft which the government has deemed to be a matter of “urgency.” Prime Minister Hun Sen has also written a letter to Senate President Say Chhum asking him to convene an emergency session of the Senate, which is on vacation, to debate on the draft law after it is passed by the National Assembly.
Read the full article here: Khmer Times