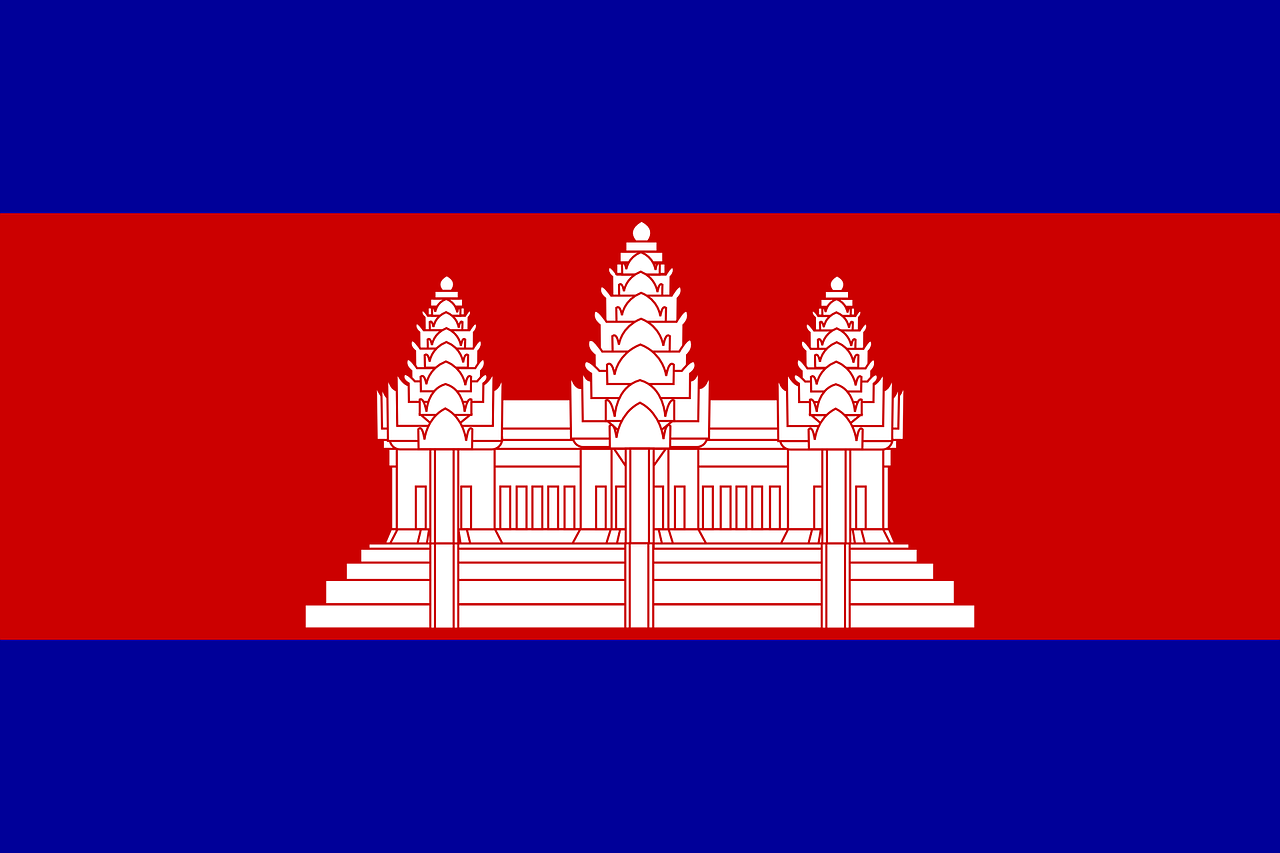 Flag of Cambodia (photo credit: OpenClipart-Vectors / Pixabay)
The process for choosing Cambodia’s leader under Article 119 of the constitution as now written states that the National Assembly must approve a prime minister who has been designated for the role by the country’s king.   The proposed changes to 119, approved by the Constitutional Council of Cambodia (CCC), would give the king the power to appoint the prime minister with only the approval of the president of the assembly. Additionally the prime minister could appoint an acting prime minister in times of temporary absence, under a proposed change to Article 125 of the constitution that was also approved by the CCC. [...] "The amendment makes the National Assembly lose power," Yang Saign Koma, founder of the small opposition Grassroots Democratic Party, told RFA’s Khmer Service. “This isn’t needed. We need transparency. The amendments are not necessary, especially on 125 and 119.” Cambodians should get a chance through a national referendum to vote on the proposed changes, he said. Consideration of the amendments is being rushed to ensure Hun Manet succeeds his father, who has ruled the country since 1985 and is now 69, Yang Saign Koma said.  “This is aimed at transferring power after the 2023 general election,” he said.
Read the full article here: Radio Free Asia