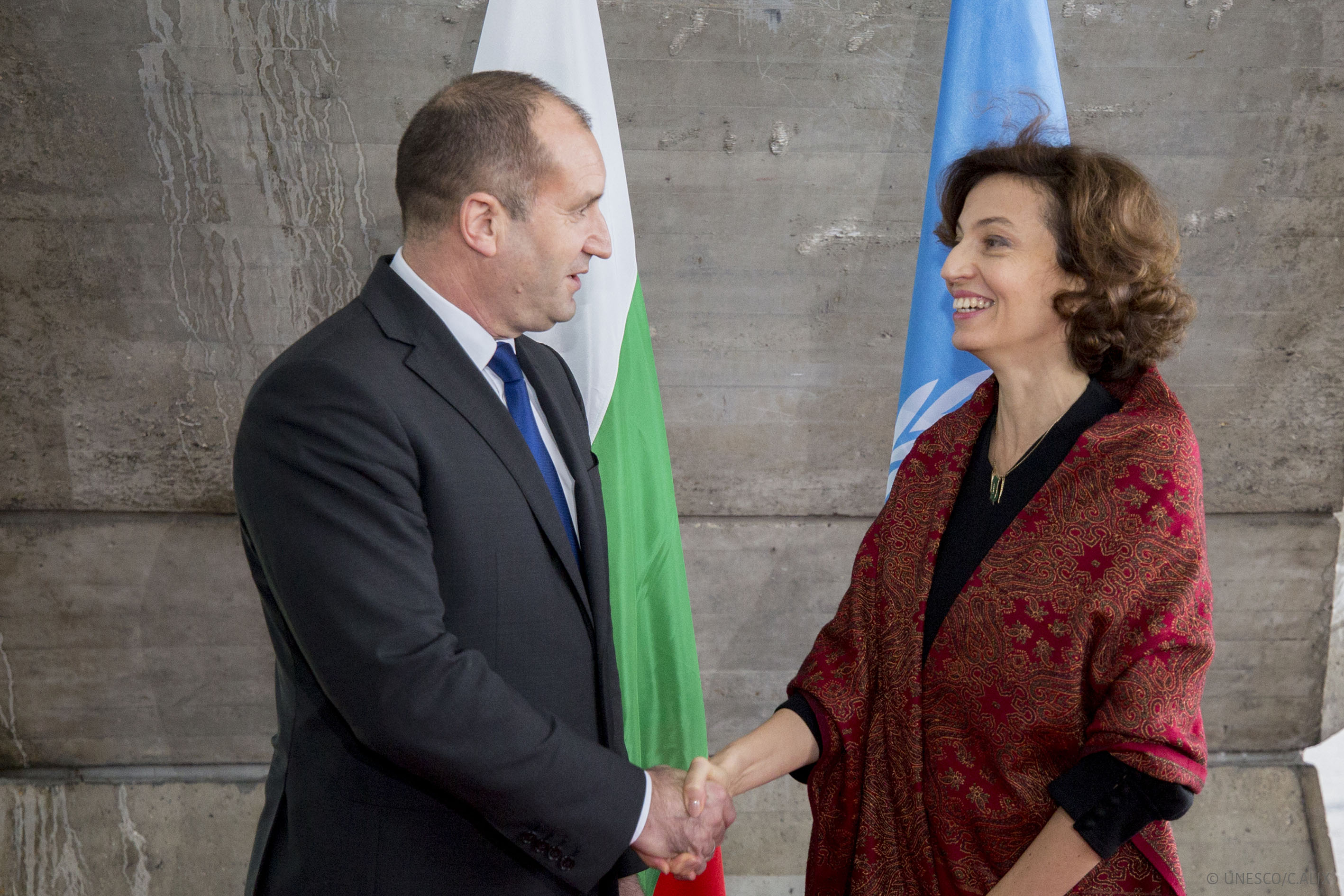 President Roumen Radev of Bulgaria (photo credit: UNESCO Headquarters Paris/flickr)
Bulgarian President Roumen Radev said on September 15 that he has vetoed a provision in the bill of amendments to the Judiciary Act, passed by MPs in early September, concerning promotions for former members of the Supreme Judicial Council (SJC). That particular amendment, tabled between readings in a bill otherwise focused on the creation of a new single register for expert witnesses, outlines the conditions under which elected members of the SJC – meaning those chosen by prosecutors or judges, as opposed to appointed by Parliament or the President – can be promoted after the end of their term on the council. [ . . . ] The practice of promoting former members of the SJC after the end of their terms on the council, known as “career bonuses”, has been used to discourage dissent in the SJC in the past, critics have said. In his veto motives, Radev said that this was the second time this year that MPs amended the relevant provision of the Judiciary Act, both times keeping the possibility for a former member of the SJC to be promoted after their terms ends.
Read the full article here: The Sofia Globe