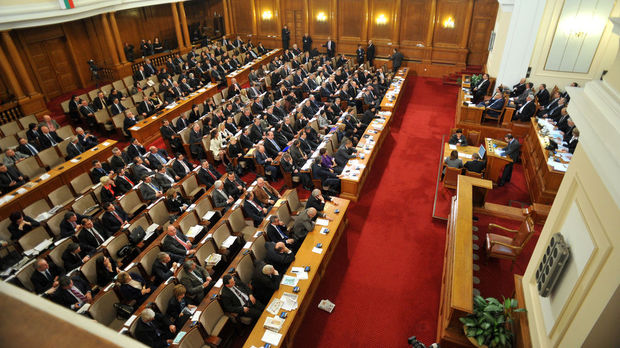 Bulgarian parliament [photo credit: Sofia Echo]
<p>Bulgarian ministers and MPs favouring amendments to the Constitution aiming to put through the government-backed judicial reform managed to collect the required 180 signatures for the new proposals on Friday.&nbsp;The new constitutional amendments featured three points of consensus – splitting the Supreme Judicial Council (SJC) into two collegia; direct election of the magistrates’ quota in it and boosting the powers of the Inspectorate.&nbsp;Some officials touched upon the subject, speaking on Saturday in interviews for various media.<br>
Read the full article here: Focus Information Agency