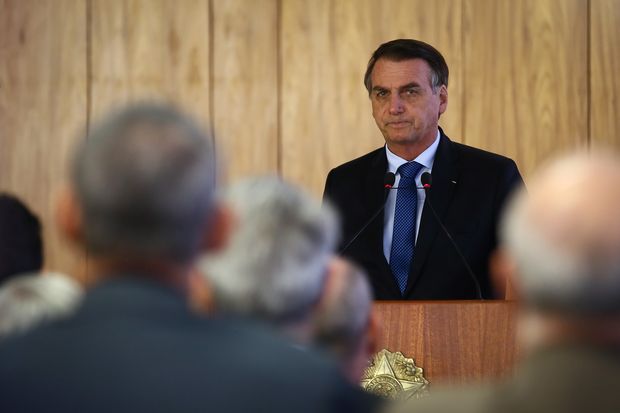 Brazilian President Jair Bolsonaro (photo credit: Bloomberg)
Latin America’s largest economy, Brazil, is at a crossroads. Fixing its public finances could open the door to a virtuous cycle of expansion; failing that, it risks slipping deeper into junk-level credit ratings and sub-par growth. The only way out is to overhaul a costly pension system, economists agree. President Jair Bolsonaro’s economic team led by Economy Minister Paulo Guedes revealed a proposal on Feb. 14 that hopes to satisfy investor demands for belt-tightening while still winning approval in the country’s fractious Congress. The pension reform will be sent to Congress on Feb. 20 as a constitutional amendment rather than a normal bill, meaning that it will be subject to a lengthy approval process and heightened scrutiny from lawmakers. The measure will first have to be backed by two lower house commissions before heading to the floor, where it will have to win support of 308 of 513 deputies in two separate votes.
Read the full article here: Bloomberg