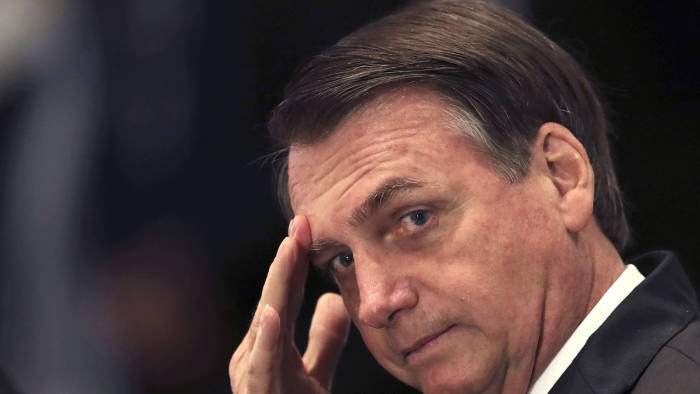 Brazilian President Jair Bolsonaro (photo credit: AP)
The presidents of both houses of Brazil’s Congress have voiced confidence that legislators will approve a flagship pension reform supported by President Jair Bolsonaro in the next few months. The reform, unpopular with Brazilians because it raises retirement ages, is widely seen as key to restoring the health of Latin America’s biggest economy by saving the public finances some R$1tn ($255bn) over the coming decade. Approval in the next two months would make the reform among the fastest constitutional amendment ever approved by Congress, said Thomaz Favaro, director for Brazil at Control Risks
Read the full article here: Financial Times