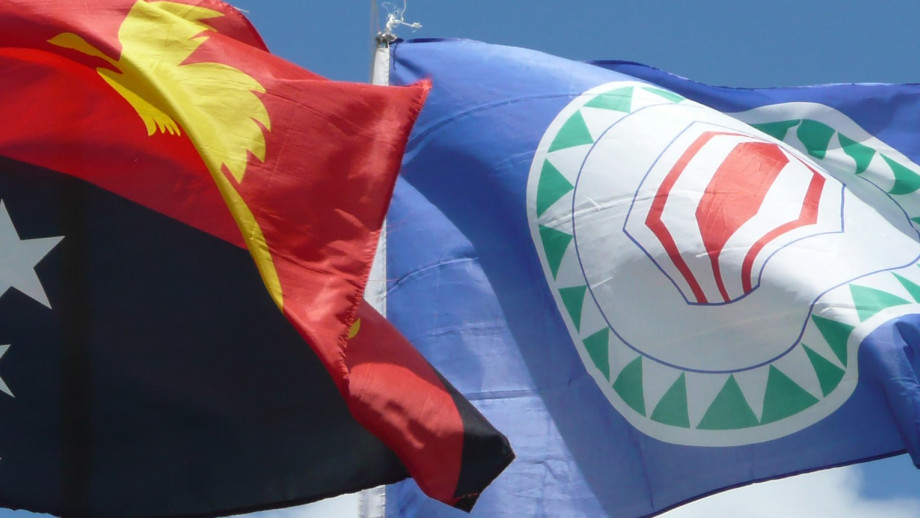 The Autonomous Region of Bougainville will hold an independence referendum on 23 November 2019. The options are either ‘greater autonomy’ or ‘independence’. However, the outcome of the referendum is non-binding under the PNG Constitution. Although there is a chance that the PNG Parliament could reject a vote for independence, it is unlikely to trigger another civil war. The broader successes of the Bougainville Peace Agreement could impact other struggles for self-determination in the Pacific – writes Bal Kama.

On 23 November 2019, the Autonomous Region of Bougainville in the South Eastern part of Papua New Guinea (PNG) will conduct a referendum on whether Bougainville will remain within PNG with greater autonomy or establish an independent state.

The referendum is part of the Bougainville Peace Agreement (BPA) between the government of PNG and the leaders of Bougainville in August 2001. The BPA culminated a peace process that began in 1998 after nine years (1988–1997) of civil war between the PNG Defence Force, its local militia allies and the Bougainville Revolutionary Army (BRA).

The conflict has its origins in grievances over a lack of shared benefits from the mining of gold and copper deposits in Panguna, Bougainville and the consequent social and environmental issues. It resulted in nearly 20 000 deaths and significant displacement, including migration into other parts of PNG and across the neighboring country of Solomon Islands. Operated by Australian-owned Bougainville Copper Limited (BCL), the mine was one of the world’s biggest copper mines before the conflict.

Bougainville’s aspiration for self-government was evident as early as in 1968, prior to PNG’s independence from Australia in 1975. As part of the German and later Australian colony, Bougainville was one of the regions in PNG that resisted the inequities of colonial rule and refused to be part of the greater PNG state. Its refusal was based on a strong sense of a separate Bougainvillean identity and what it deemed a misuse of its land from European plantations and exploration, and later mining of copper and gold deposits.

Land is a central part of the identity of the Pacific peoples, especially among the Melanesians. Hence, despite receiving some royalties from the mine, ‘Bougainvilleans feel that the development of the mine has robbed them of their land’ and has ‘irrevocably changed their way of life’. Their resentment led to a unilateral declaration of independence just days before PNG’s independence in 1975. However, PNG and the international community did not recognise the unilateral declaration. As a compromise to prevent further secessionist attempts, amendments were made in 1976 to the newly enacted PNG Constitution (1975) to establish a decentralised system that devolved certain national government powers to provincial governments.

However, Bougainville considered the devolved powers to be limited as they did not include ‘matters of central concern’, especially ‘mining, land and internal migration’. This, along with the ongoing opposition to the mining developments, contributed to the bloodiest conflict in the Pacific since World War Two.

The decentralisation amendments in 1976 were aimed at preventing secessionist movements not only in Bougainville, but also in other provinces in PNG (19 provinces at the time). PNG is a highly heterogeneous society with between 5000 and 7000 ethnic groups and about 836 different languages. This context forced the drafters of the PNG Constitution to undertake an unparalleled constitution-making process that involved over 100 public meetings and over 2000 submissions in a span of two years. The resulting Constitution is a fragile and negotiated compact. The decentralisation of powers to provincial governments thus enabled the different groups to be represented and their demands heard (at least until the controversial 1995 constitutional reforms discussed below).

The 2002 amendments provided for the establishment of the Autonomous Government of Bougainville (AGB), and authorised the AGB to establish its own constitution that can be enforced as the supreme law in Bougainville by the PNG Supreme Court and provided for a referendum on independence to be held within 10 to 15 years of the formation of the AGB, i.e. 10-15 years from 2005. The amendments further provide an exhaustive list of legislative powers for the AGB including the management and appropriation of land, all natural resources and mining activities, and requires both the PNG government and the AGB to ‘respect’ each other’s powers. The extensive amendments are further embedded in the Bougainville Constitution.

The two options in the referendum are ‘greater autonomy’ and ‘independence’. The option of ‘greater autonomy’ includes having powers over foreign aid, international trade and revenue raising and taxation. This means a significant devolution of national government powers and is reflective of the mutual recognition that Bougainville should not be disadvantaged if the option of independence is not successful.

The 2002 amendments provide that the PNG government and the AGB will ‘consult over the results of the Referendum’ and the PNG Parliament will decide on the final outcome subject to the consultation. Independence is therefore not an automatic possibility and there is ambiguity as to the effect of this provision.

While the provision is generally understood to mean that the outcome of the referendum is not binding, as it is subject to the decision of the PNG parliament, the actions of the PNG government in reaching a decision would not be unilateral and are subject to ‘consultation’ with the AGB. The principle of ‘consultation’ is a pillar of the PNG Constitution and its importance has been affirmed in numerous Supreme Court judgments. Failings on the part of the PNG government to be consultative in this respect may trigger applications for judicial review of its decision.

It is difficult to predict the likely outcome of the referendum, especially given the history of factions and divisions in Bougainville on the issue of self-government during the nine years of conflict. On the one hand, migration, family relations with other parts of PNG and the increased integration of Bougainvilleans through education and other post-conflict engagements in institutions that have shaped PNG over the years, increase the chances of a vote against independence. On the other hand, the scars of conflict, the disappointments in dealing with past PNG governments and the prospect of consolidating a Bougainvillean identity and a future backed by promising natural resources may lead towards a vote for independence.

The writs for referendum were issued on 27 September, which allows the different parties and factions to campaign leading up to the referendum. There are no official polls conducted to get an indication of the people’s likely choices and the ABG, mindful of the sensitivities of the governments’ involvement in the campaign, appealed that both the PNG government and the ABG remain ‘neutral’, and not advance ‘a preferred option’.

The outcome of the referendum remains uncertain.

The governing laws, including both the constitutions of PNG and Bougainville, are silent on voter turnout or quorum for majority for the referendum. The reason these were not provided appears to be the non-binding nature of the referendum. A simple majority will therefore be sufficient. However, a low voter turnout or a low majority of a ‘yes’ vote might impact on how the PNG government responds as well as on the level of support for Bougainville from the international community.

If the majority of Bougainvilleans vote ‘yes’ to independence, a key consideration for the PNG government in its final decision will be the likely impact of Bougainville independence on other provinces. Other provinces with natural resources are currently considering greater autonomy, partly influenced by the constitutional arrangements for Bougainville and partly due to their weak position as provincial governments. Most of the 1976 amendments that decentralised power from the national government were reversed in a series of constitutional reforms that began in 1995.

A ‘yes’ vote for independence may merely herald the start of new negotiations over the nature and depth of Bougainville’s autonomy.

The PNG Supreme Court would later denounce those reforms as a restoration of ‘the benevolent dictatorship of the centralized colonial administration’ and ‘an emasculation of the spirit and intent of…the well-documented wishes of the people [for the] decentralisation of power’. The Court would go on to warn that the centralisation of power has created a ‘recipe for doing things undemocratic to the great injustice and detriment of the people’.

The lingering resentment among weakened provincial governments is therefore likely to impact the decision of the PNG government as it weighs the outcome of the Bougainville referendum and the threat of a wider movement for autonomy in PNG. However, while this consideration is critical, Bougainville’s experience is unique and it should not be a determining factor.

It is likely that the United Nations will not support a ‘yes’ vote prior to the decision of the PNG parliament in accordance with the PNG Constitution. Further, responses from the international community may mirror the contesting regional powers that are closely monitoring developments in Bougainville, notably Australia, New Zealand, as well as China and the United States. China’s growing influence in the Pacific has triggered strategic concerns from Australia and its allies. A new nation in Bougainville may open a new theater for strategic competition and, given Australia’s history in supporting the PNG Defence Force in the early years of the conflict, its influence in an independent Bougainville may be limited.

The approaching Bougainville referendum has the potential to inspire new and ongoing demands for self-government in other parts of the Pacific, notably the province of Malaita in the Solomon Islands, the province of West Papua in Indonesia and for the Kanak people in the French Territory of New Caledonia. The outcome of the referendum will therefore have political and constitutional implications beyond PNG.

The Bougainville referendum will bring some closure to many who have suffered the cruelty of civil war. Engaging in the referendum, despite it being non-binding, demonstrates the recognition of the importance of the peace process. In a region where various groups are demanding a chance to express their aspirations for self-government, the approach of the people of Bougainville, their leaders and the PNG government has been exemplary.

However, if the outcome is a ‘no’ vote, or a ‘yes’ vote with a negative confirmation from the PNG parliament, then Bougainville may settle with the option of ‘greater autonomy’, which will allow Bougainville to continue its special autonomous status with greater powers as discussed earlier. Unlike the inertia of the previous PNG government, the current government under Prime Minister James Marape has made firm indications of honouring the option of greater autonomy. A ‘yes’ vote for independence may therefore merely herald the start of new negotiations and consultations including over the nature and depth of Bougainville’s autonomy.

Amidst all the uncertainties that lie ahead in the post-referendum period, at least one thing appears certain – Bougainville is unlikely to return to civil war.

Bal Kama is a legal practitioner in Canberra and PhD candidate specialising in constitutional law at the Australian National University College of Law.