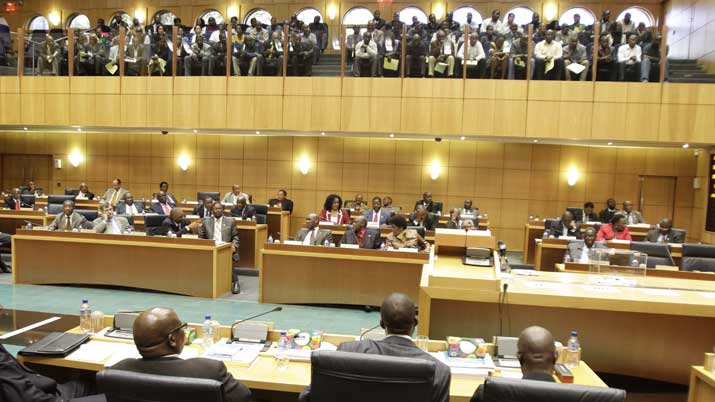 Botswana Parliament (photo credit: The Gazette)
<p>Members of Parliament (MP’s) on Thursday expressed different views on the Constitution Amendment Bill which seeks to increase the number of specially elected members from four to six.</p><p>Section 58 (2) (b) of the Constitution provides that there shall be four specially elected members who shall be elected in accordance with the first schedule to the Constitution.&nbsp;<span style="line-height: 20.4px;">The object of the bill therefore is to increase the number of members from four to six.</span></p>
Read the full article here: Daily News