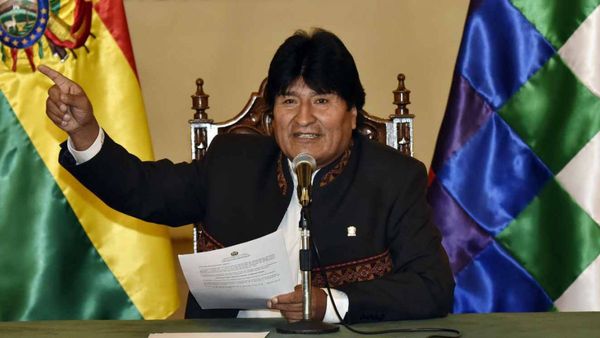 President Morales of Bolivia (photo credit: Latin American Post)
<p>President Evo Morales said on Thursday that he is not fretting about the outcome of a Feb. 21 referendum on amending Bolivia’s constitution to allow him to seek a fourth consecutive term. He addressed the issue during a press conference in the eastern city of Santa Cruz, sharing with reporters the words he addressed Wednesday night to a seemingly worried Vice President Alvaro Garcia Linera.</p> <p>&nbsp;</p>
Read the full article here: Latin American Post (Latin American Herald Tribune)