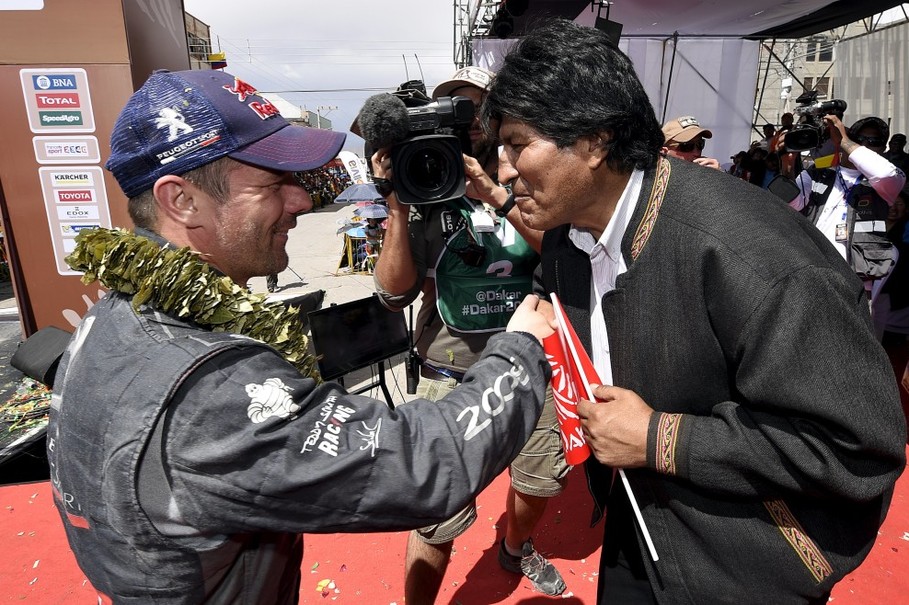 President of Bolivia: Evo Morales
<p>President Evo Morales is on track to win a referendum that will ask Bolivians whether the two-term limit for the head of state should be lifted, but with enough voters still undecided the measure could fail, an opinion poll showed on Tuesday.</p><p>The nationwide Equipos Mori survey showed 41 percent of respondents favored allowing Morales, a former coca farmer and the country's first indigenous leader, to run for re-election, with 37 percent against.&nbsp;<span style="line-height: 20.4px;">The poll, the first to be published this year ahead of the Feb. 21 referendum, showed 8 percent of respondents were undecided while 11 percent declined to say which way they intended to vote.</span></p>
Read the full article here: JakartaGlobe/Reuters