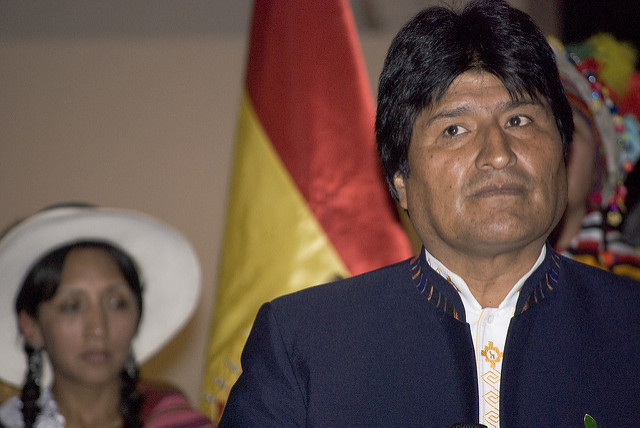 Evo Morales (Photo credit: Flickr)
Lawmakers from Bolivia's governing Movement Towards Socialism party (MAS) have asked the Constitutional Court to allow President Evo Morales to run for a fourth term, despite the constitution preventing him from doing so. The move comes a year and a half after Bolivians voted against changing the constitution to remove term limits.
Read the full article here: BBC News