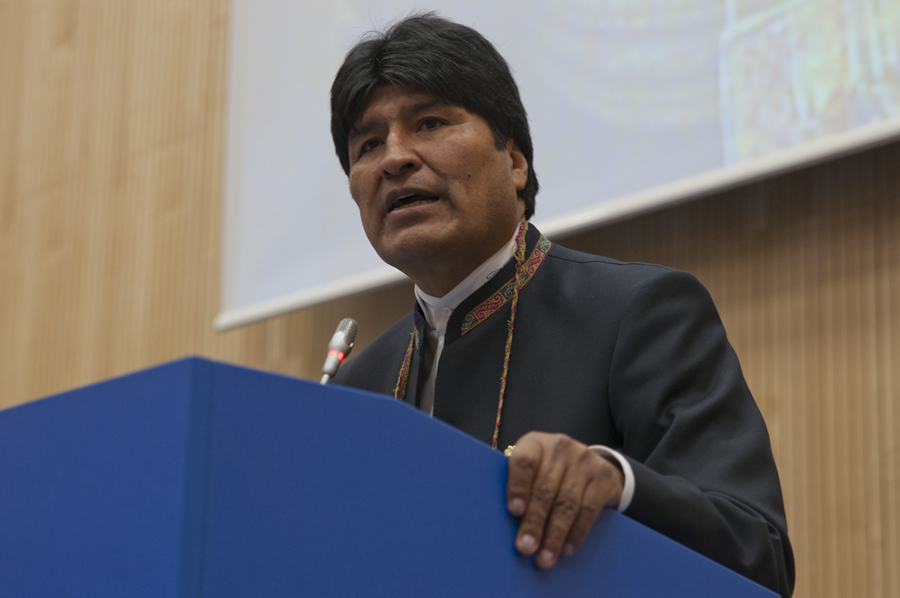 President Evo Morales of Bolivia (photo credit: UNIS Vienna/flickr)
Bolivian President Evo Morales announced his resignation Sunday under mounting pressure from the military and the public after his re-election victory triggered weeks of fraud allegations and deadly protests. The decision came after a day of fast-moving developments, including an offer from Morales to hold a new election. The crisis deepened dramatically when the country’s military chief went on national television to call on him to step down.
Read the full article here: Taiwan News