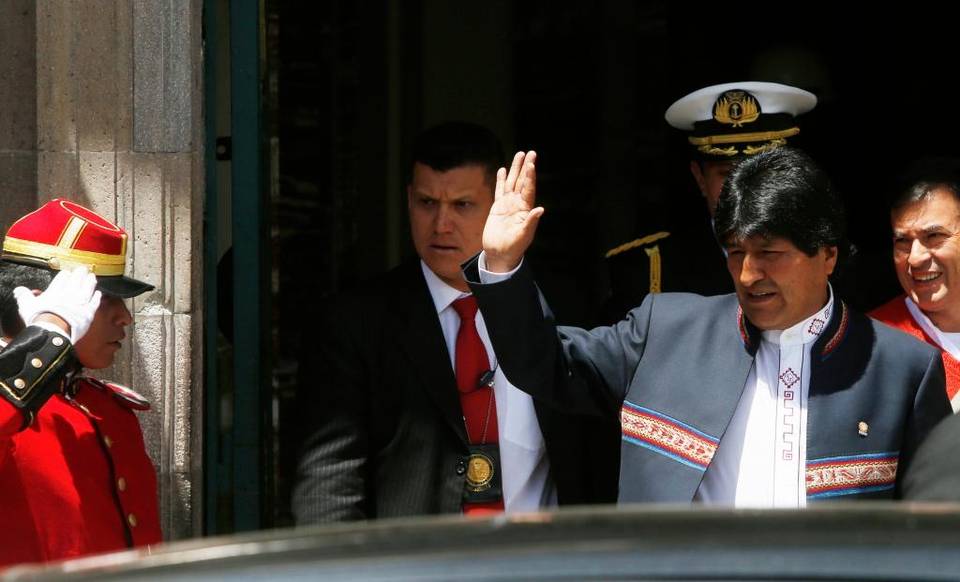 President of Bolivia: Evo Morales (photo credit: Miami Herald)
<p>Bolivian President Evo Morales on Wednesday acknowledged a rare defeat at the polls after voters stopped an amendment that would have allowed him to run for a fourth term.</p><p>In a press conference, a smiling Morales said he accepted the results but claimed the narrow defeat in Sunday’s referendum proved the power of his decade-old administration.&nbsp;<span style="line-height: 20.4px;">“Just because ‘no’ won doesn’t mean that life is over for Evo,” said the president, who often refers to himself in third person. “Just because ‘no’ won by a margin of 2 percent doesn’t mean that the fight is over — the battle will be fiercer than ever.”</span></p>
Read the full article here: Miami Herald