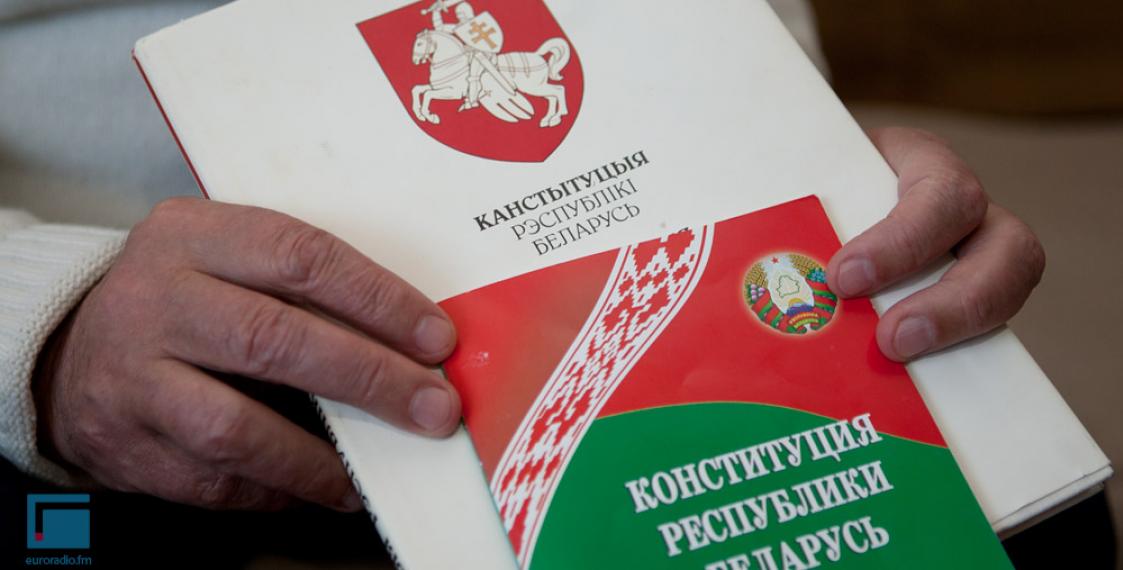 On 27 February, Belarusians will answer “yes” or “no” to wide-ranging constitutional reforms on provisions relating to office of the president, parliament, political parties, and the courts, among others. The proposed amendments would alter important aspects of Belarus’s constitutional system, despite a lack of critical opinions or genuine debate during their drafting. Moreover, it appears that the proposed amendments would provide President Lukashenka with several avenues to exert personal authority, even post presidency. Grave process issues add further concern about the legitimacy of the upcoming referendum.

On 27 February 2022, Belarusians will go to the polls to answer a single question: “Do you accept the amendments and additions to the Constitution of the Republic of Belarus?” The proposed amendments, released just a month before the referendum, would alter important aspects of Belarus’s constitutional system and signal President Lukashenka’s intention to extend his rule. Constitutionalizing the All-Belarusian People’s Assembly, in particular, would provide Lukashenka with a powerful mechanism to maintain personal authority, even post-presidency.

There were grave process issues in the lead up to this referendum. Fundamentally, Lukashenka does not have the democratic mandate to carry out constitutional reforms. The 2006, 2010, and 2020 presidential elections (when Lukashenka claimed a sixth term) are not recognized as legitimate by the international community (with the EU and US imposing economic sanctions). Secondly, there was no genuine and transparent public consultation on the draft amendments, and no countenance of critical opinions or genuine debate. Added to this, the referendum will take place in an atmosphere of fear and repression against opposition groups, human rights activists, and the independent media, and ongoing Russia-Belarus joint military exercises. The recent announcements that Belarusians will not be able to vote from abroad, and that in Belarus polling staff and vote counters will be anonymous (in violation of the Electoral Code), adds further concern about the legitimacy of the upcoming referendum.

Despite this repressive situation, opposition actors and civic society continue to consider various future models for a democratic constitution. The opposition’s draft constitutional text has been open for public consultation since July 2021, within a unified campaign bringing together key democratic movement actors. But, for now, all eyes are turning toward the state referendum and its potential aftermath.

Imitative changes to the president’s powers

The draft changes to the constitution are wide-reaching, with provisions relating to the office of the president, parliament, political parties, and the courts, among others. Key proposed changes concern the powers of the president and the status of the All-Belarusian People's Assembly.

Lukashenka has opened the possibility of staying in power as president until 2035.

Sweeping constitutional amendments in 1996 formalized a hyper-presidential system in Belarus, with power consolidated in the office of the president. It is interesting that some proposed changes therefore purport to constrain the role of the president. For example, presidential decrees would no longer have the force of law (Art. 85), a return to the status quo before the 1996 referendum. Further, the proposal reintroduces presidential term limits (eliminated in 2004) with a maximum of two five-year terms (Art. 81(1)). While this is ostensibly a promising addition, the provision will only take effect after a "newly elected president" takes office, meaning Lukashenka has opened the possibility of staying in power as president until 2035. Further, unlike in many other constitutions, the provision on term limits can also be amended (or deleted).

Under this draft, the All-Belarusian People's Assembly (ABPA) would be constitutionalized and, with its new powers as the “highest representative body of the people's power of the Republic of Belarus,” would operate in parallel to parliament. Initiated in 1996, the ABPA’s originally stated purpose is as a public consultative body, meeting every five years to deliberate on economic and social issues. In reality, however, the ABPA has been stacked with loyalists connected to the government or state-owned businesses and has functioned as a mouthpiece of Lukashenka’s regime. This would not change in the new iteration of the ABPA, as its membership will be determined by the current pro-Lukashenka legislature (Art. 144). The new iteration of the ABPA would meet at least once per year with membership of up to 1,200 people with five-year terms. A presidium elected by the ABPA would chair the ABPA. The presidium would be headed by a president who may also be the President of Belarus (art. 144).

The ABPA would be given wide-ranging competences and significant powers, including the following: appointing and dismissing judges of the Constitutional and Supreme Courts, as well as the Chairperson and members of the Central Electoral Commission; proposing constitutional amendments and referendums; giving binding instructions to state bodies and officials; introducing a state of emergency or martial law; and approving the main directions of domestic and foreign policy, military doctrine, and national security (Section 3). Further, and ominously, the ABPA can impeach the president (currently the prerogative of the parliament), has “the right to consider the question of the legitimacy of elections” and can “annul legal acts and decisions of other state bodies and actors which run counter to the interests of national security....”

As potential president of the All-Belarusian People's Assembly, Lukashenka could further consolidate power and weaken the standing of the elected houses of parliament…

Interestingly, Lukashenka’s purported reasoning for enshrining the powers of the ABPA in the constitution was to transfer, and thus neutralize, excessive presidential powers. However, as potential president of the ABPA he could further consolidate power and weaken the standing of the elected houses of parliament. If the reforms pass and Lukashenka leaves the presidency but still heads the ABPA, he will have succeeded in “replicating Lukashenka’s system without Lukashenka” and could instrumentalize the ABPA to remove future presidents and dispute election results. Added to this, a former president will be immune from prosecution for any acts committed in connection with the exercise of presidential powers (Art. 89) and would also enjoy immunity through life membership of Belarus’s upper house (Art. 91).

The uncertain future of democracy in Belarus

In this draft, political pluralism is displaced as the central basis of democracy in Belarus. In a startling change from the draft circulated for discussion, the proposed draft for referendum states: “Democracy in the Republic of Belarus shall be exercised on the basis of the ideology of the Belarusian state, as well as the diversity of political institutions and opinions” (emphasis added).  This is a highly unusual addition, as even constitutions in state-dominated countries like Russia, Tajikistan and Uzbekistan provide explicitly that no ideology should be claimed as a state ideology. Further, the draft states that “patriotism” will be the “duty of every citizen” (art. 54).

Another indication of Lukashenka’s intention to maintain control and stifle opposition, the proposed changes would effectively exclude almost all current opposition from running for president. Eligibility is limited to those who have been permanently resident in the Republic of Belarus for at least 20 years immediately prior to the election, and who have not previously held a foreign citizenship or residence permit, or other document of a foreign state (Art. 80). This amendment would appear to put into practice Lukashenka’s previous pronouncement in relation to presidential replacement: “Even if I would not be here … over my dead body, they [the opposition] would not succeed.”

Other changes raise fundamental questions about the future of Belarus’s sovereignty vis-à-vis Russia. The draft declares that “the Republic of Belarus excludes military aggression from its territory against other states” but removes Belarus’s commitment to “… making its territory a nuclear-free zone, and the state-neutral”. This likely means that Belarus will allow military bases of foreign states to be placed on Belarusian soil, including nuclear weapons. Lukashenka has already openly offered to host weapons for Russia, necessitating this change, and a possible trade off for Russia’s support during the post-election crisis.

Given the president’s current control over the government, legislature, and state institutions, none of the proposed changes would impair the president’s ability to implement a unilateral agenda. Belarusians rose up in unprecedented mass protest over electoral fraud in 2020, and these putative reforms would not address protestors’ grievances. As Tsikhanouskaya has summarized, the people can choose “between Lukashenko and Lukashenko", but she and other opposition leaders have urged Belarusians to go to the polls and spoil their ballot. To pass, the draft must be approved with a vote of more than 50% and turnout requirement of 50% of eligible voters. Lukashenka may have stacked the deck for the foreseeable future, but he has also shown his hand.