Basic Law Legislation: The Basic Law that can Make or Break Israeli Constitutionalism 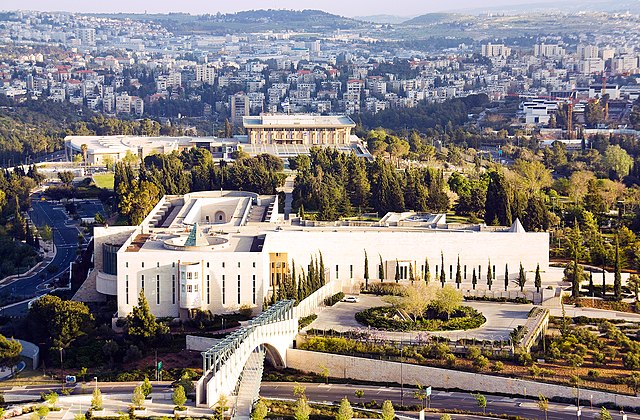 However, the controversy over the Knesset as a constituent authority persists. In part due to this controversy, a Basic Law that has not been enacted to date, despite its crucial importance to the constitutional project, is Basic Law: Legislation. The legislative process in Israel is regulated by the Knesset rules of procedure. These rules are silent on questions pertaining to the status of primary legislation and set identical procedures for enacting ordinary laws and Basic Laws, thereby further obscuring and complicating the differentiation between the two. When enacted, Basic Law: Legislation is expected to constitutionally regulate the process of legislation in Israel, and especially to set the process of enacting Basic Laws, to differentiate it from the drafting process of regular legislation, and to confirm the constitutional status of Basic Laws.

The fundamental questions of this politically charged debate must all be settled by Basic Law: Legislation, which will determine the fate of Israeli constitutionalism.

The new Justice Minister, Gideon Sa’ar, has pledged to finally bring about the enactment of Basic Law: Legislation. He has established a committee, which started its work at the end of June 21, to draft a proposal. The fundamental questions of this politically charged debate – the relationship between regular legislation and Basic Laws, the rigidity of Basic Laws, and the ability of the Supreme Court to strike down legislation that violates the Basic Laws – must all be settled by Basic Law: Legislation, a settlement that will determine the fate of Israeli constitutionalism.

The failure to enact Basic Law: Legislation is the result of deep political disagreements in Israel regarding the desirability of constitutional supremacy and the proper scope of judicial review over legislation, and the inability of either side of this debate to garner sufficient political support for its position. Liberal Israelis, who support a strong constitutional protection for human rights, prefer a constitutional structure combining constitutional supremacy and rigidity with extensive judicial review over primary legislation. Relying on the two Basic Laws on Human Rights and their liberal interpretation by the Israeli Supreme Court, they assume that the completed Israeli constitution will offer strong protection for human rights, which will be further guaranteed by a Supreme Court authorized to annul legislation that violates rights. Conversely, conservative Israelis, wary of what they perceive to be the Supreme Court’s overprotection of human rights at the expense of the Jewish nature of the state, support parliamentary supremacy. They advocate a flexible constitution with a weak form of judicial review that would prevent the court from striking down laws and would allow the Knesset to maintain majoritarian rule, even when an impugned law restricts individual rights.

The Israeli Supreme Court has called repeatedly for the enactment of Basic Law: Legislation, proclaiming its absence a glaring lacuna in Israel’s constitutional regime. The Court has even gone as far as setting out the desirable contours of such a Basic Law. The Court is eager to have the Basic Law enacted since in its absence it has been driven to rule on politically charged questions such as the status of the Basic Laws and the Court’s own powers of judicial review, and has consequently come to be perceived as highly political, which has caused a decline in public trust.

The (not so) New Initiative

Due to the controversial nature of the questions involved, it is not surprising that the attempts to promote the enactment of Basic Law: Legislation made in the past have never come to fruition. Following the recent elections and the change of government that followed, the new Justice Minister, Gideon Sa’ar, from the right-wing party Tikva Hadasha (New Hope), has established a committee charged with proposing a draft Basic Law: Legislation. The members of the committee represent the different parties in the new coalition; however, the political disagreements over the desirable arrangements in the Basic Law still prevail, and the diversity in the new coalition, which includes both right-wing and left-wing parties, and even, for the first time in Israel’s history, an Islamic Arab party, makes the committee’s task of reaching an agreement on a proposed Basic Law all the more challenging. In the remainder of this piece, I will describe the most pressing issues that the enactment of Basic Law: Legislation can help resolve, and the different and sometimes opposing proposals for their resolution.

One of the questions that Basic Law: Legislation will have to settle is the status of the Basic Laws and their possible superiority over regular legislation. Although the enactment of the Basic Laws, especially the two Basic Laws on human rights, has created potential conflicts between the Basic Laws and regular laws, the Knesset has refrained from determining how such conflicts should be resolved. Faced with petitions to protect individual rights enshrined in the Basic Laws, the Israeli Supreme Court was obliged to decide on the question. In the 1995 Mizrahi Bank decision, which together with the two Basic Laws on human rights is considered the foundation of the Israeli “Constitutional Revolution”, the Court ruled that Basic Laws have superiority over regular laws and that regular laws that contradict them are void. Likely the new Basic Law: Legislation will adopt this position.

An even more contentious question relates to the power of judicial review of primary legislation. Some proponents of parliamentary supremacy object to giving the Court any power to annul legislation, even when it contradicts a Basic Law. Others suggest various measures that would in effect reach a very similar result. Thus, one proposal is to let the Court annul legislation, but only in exceptional cases, by a Supreme Court bench of at least nine justices (while the regular Supreme Court bench is composed of three justices), and by a majority of at least two-thirds of the panel. This was the position of the current Prime Minister, Naftali Bennet in a memorandum on a proposed Basic Law: Legislation which he and his party distributed in 2017. Moreover, in the same memorandum they proposed an override clause that would allow the Knesset to re-enact an invalidated law with a majority of merely 61 members (out of 120). Conversely, the left-wing parties in the coalition strenuously object to such extensive restrictions on the power of the Supreme Court and to granting almost unlimited power to politicians through an expansive override clause. While some of the objections reject an override clause altogether, others would allow a majority of at least 70 Knesset members to override a Supreme Court decision for a restricted time period. It is unclear whether and how such deep differences of opinion could be resolved.

Another important issue that must be resolved by the new Basic Law: Legislation is the enactment procedure for Basic Laws. The Knesset rules of procedure set identical procedures for the enactment of regular laws and of Basic Laws. Consequently, a Basic Law can be passed by any simple majority; however, many Basic Laws include entrenchment provisions that require an absolute majority of 61 Knesset members or more to change them. Moreover, while constitutions need to be eternal, reflect fundamental and enduring principles, and be immune from the fickleness of passing majorities and transitory political needs, Israeli Basic Laws are anything but that. The ease of enacting and changing Basic Laws on the one hand, and their supremacy over regular legislation on the other, have resulted in repeated changes to Basic Laws to achieve short-lived political ends. The fundamental changes to Basic Law: Government enacted to establish an alternating government and anchor the coalition agreement in the previous government, and the additional changes to the Basic law done to accommodate the coalition needs of the current government, are good examples of that.  Another example of a political misuse of a Basic law, which the Supreme Court has already announced to be unconstitutional if attempted again, are the changes to Basic Law: Knesset and Basic Law: State Budget, which postponed the constitutional deadline for the enactment of the state budget to prolong the existence of the previous government. By setting stringent procedures for the enactment of Basic Laws the proposed Basic Law: Legislation could do much to stabilize the Israeli constitutional structure, prevent repeated changes to it, and put an end to the government’s excessive control over the Knesset which led Supreme Court Justice Sohlberg to opine that the Knesset is serving as the government’s doormat.

The last hurdle confronting the committee is the question of judicial review of Basic Laws. The Israeli Supreme Court has been asked several times to declare the unconstitutionality of various Basic Laws, most recently that of the Basic Law: Israel the Nation State of the Jewish People. Many right-wing politicians, including those from the current Prime Minister’s party, have called on the Court to dismiss the petition in limine and declare that it does not have the authority to hear a petition for the annulment of a Basic Law. Conversely, the left-wing Meretz party, another member of the current coalition, was one of the petitioners in the case. In a 200-page decision the Court rejected the petition to strike down the Nation State Basic Law. Nevertheless, the Court interpreted the Basic Law in a way that would supposedly minimize its discriminatory impact and allow it to stand. Only one dissenter out of the eleven justices, Justice George Kara, who is of Arab descent, dissented from the Court’s ruling, and held that the law denies the core of the democratic identity of Israel and should therefore be declared void. Notably, the Court refrained from deciding on its authority to annul Basic Laws, holding that a decision on the matter was not necessary for the ruling in the case. It remains for the committee to decide whether and how to tackle this thorny issue in the proposed Basic Law: Legislation, but it is likely that the committee will choose to leave the issue unaddressed, thereby leaving it to the Supreme Court to struggle with in future cases.

Ironically, since the enactment of Basic Law: Legislation itself is not regulated by its yet un-enacted provisions, it could theoretically be enacted by a regular majority. While the coalition would undoubtedly want to pass this Basic Law with a significant absolute majority it remains to be seen if even a regular majority can be amassed and what provisions the new Basic Law will set. What is clear is that by determining fundamental issues such as the relationship between regular legislation and Basic Laws, the rigidity of Basic Laws, and the ability of the Supreme Court to strike down legislation that violates the Basic Laws, Basic Law: Legislation will make or break Israeli constitutionalism.

Professor Gila Stopler is Dean of the Law School at the College of Law and Business, Israel.