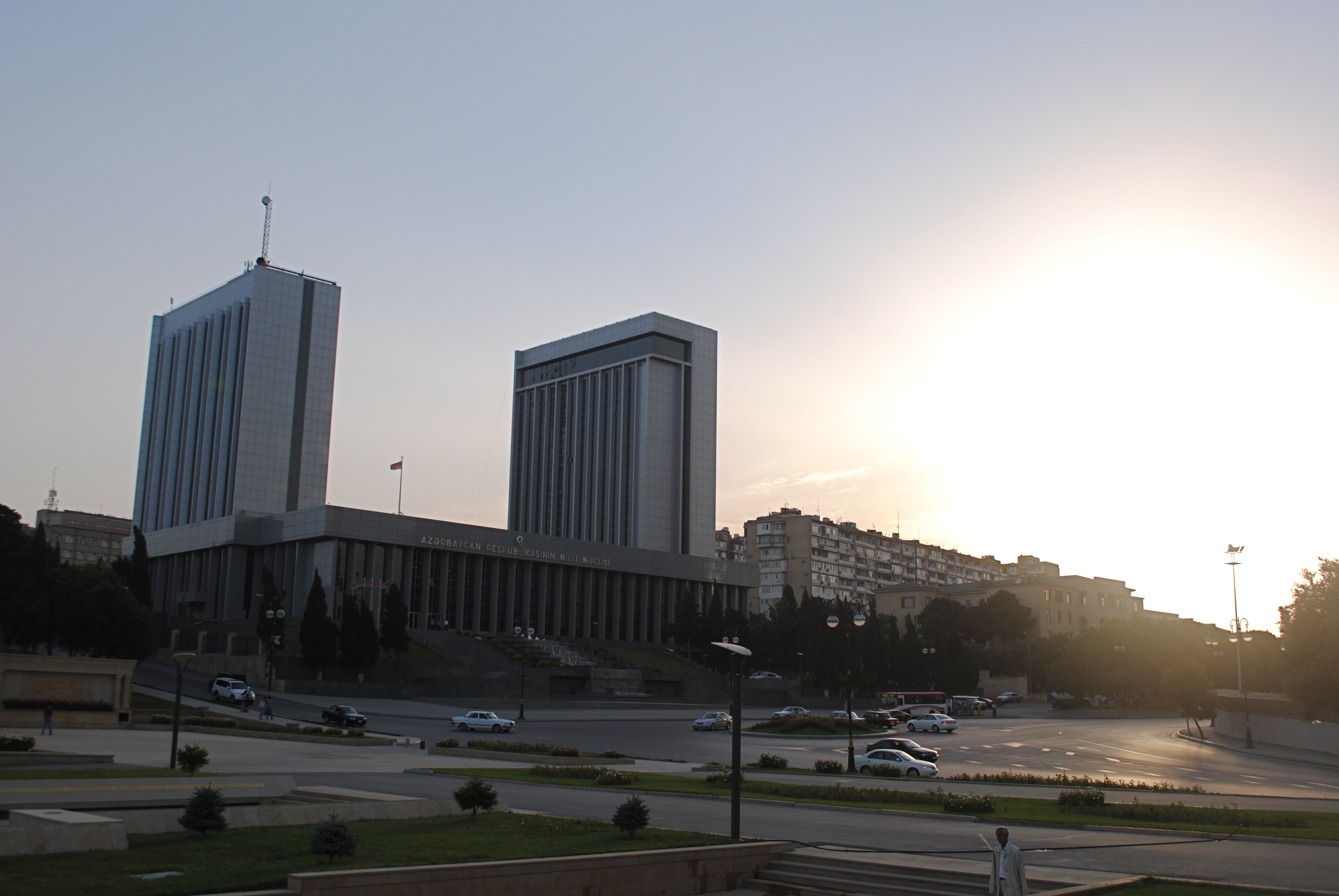 Milli Majlis building, Azerbaijan (photo credit: Salvatore/flickr)
Azerbaijan's top legislative body, the Milli Majlis, adopted Monday an appeal to the country's president on dissolving the parliament and holding early elections, according to the state-run news agency AZERTAC. A total of 99 parliamentarians supported the initiative, while one member of parliament voted against, one abstained and another did not vote. In an official statement, deputy chairperson of the Milli Majlis, Bahar Muradova, said the president's policy of reforms entered a qualitatively new phase, necessitating serious changes in the parliament, among other bodies.
Read the full article here: Xinhuanet