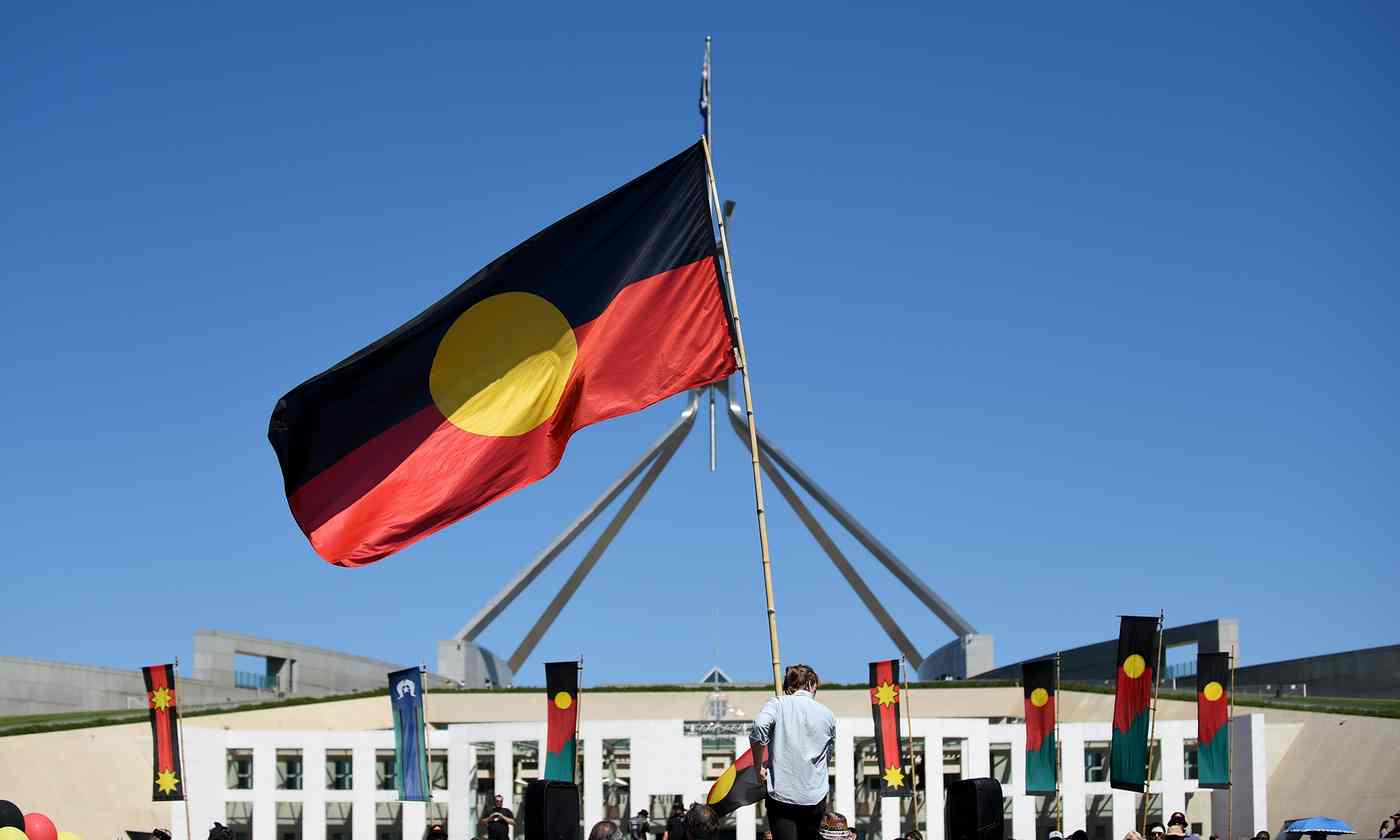 Australian Aboriginal flag (photo credit: The Guardian)
<p>Australian voters would support a treaty with Aboriginal and Torres Strait Islander peoples as well as constitutional recognition, a new survey has found.</p><p>The survey of 1,000 people by Sydney-based JWS Research found that 59% would support a treaty with Australia’s first peoples, marginally below the 60% who said they would vote yes in a referendum to recognise Aboriginal and Torres Strait Islander peoples in the preamble to the Australian constitution, if the referendum were held today.</p><p>However the proportion of people who said they would strongly oppose a treaty was higher than the proportion who strongly opposed constitutional recognition, with 9% and 7% respectively.</p>
Read the full article here: The Guardian