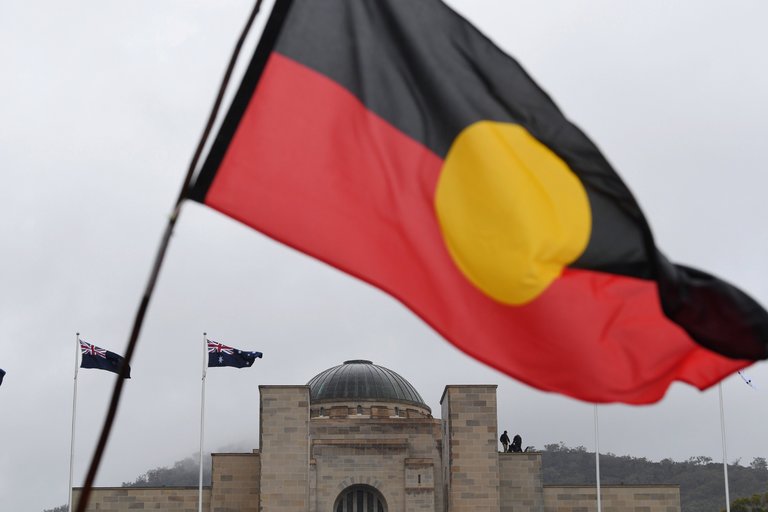 An Aboriginal Flag over the Australian War Memorial in Canberra ( Photo credit: Lukas Coch/European Pressphoto)Agency
The Australian government on Thursday formally rejected a proposal to amend the country’s Constitution to add a body representing Indigenous people. A government-appointed Indigenous group called the Referendum Council made the proposal in June, seeking a national referendum to create the body which it called a Voice to Parliament. In rejecting the proposal Friday, Australian officials said, “The government does not believe such an addition to our national representative institutions is either desirable or capable of winning acceptance in a referendum.” The decision was announced in a joint statement by the prime minister, the attorney general and the minister for Indigenous affairs.
Read the full article here: New York Times