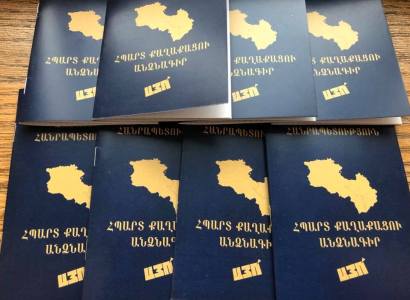 A constitutional referendum in April 2020 would determine whether judges of the Constitutional Court would be forced to leave. Although the government has accused the judges, appointed by former governments, of lacking independence, the move may undermine judicial autonomy and continue a political tradition of bending constitutional rules to favour transient majorities – writes Dr. Syuzanna Vasilyan.

From vetting to ousting

The decision to hold the referendum was taken at an extraordinary session of the National Assembly on 6 February 2020. The draft law on Constitutional Amendments was presented for first reading and voting but failed to receive the needed number of votes. Nevertheless, under the Constitution, if the National Assembly does not pass a draft amendment law in the first reading, it may be put to a referendum with a 3/5 majority. Accordingly, in the second reading the draft law was approved with 87 votes of My Step Alliance and 1 independent parliamentarian voting in favour, members of Bright Armenia party voting against, and of Prosperous Armenia party abstaining. The president signed the law on 9 February 2020, paving the way for the referendum.

The ruling My Step Alliance has presented support for the referendum as a vote of confidence. Prime Minister Nikol Pashinyan’s call on the populace to block access to courts to demonstrate solidarity with the government’s proposed judicial vetting was considered contradictory to judicial independence. The forthcoming constitutional referendum has been conceived as a desirable free expression of public will, which is expected to be in tune with that of the ruling My Step Alliance.

With comprehensive constitutional amendments expected and judicial vetting and transitional justice considered key complements to changes in the executive and legislature, the constitutional referendum will not be the last piece in Armenia’s democratic ‘puzzle’.

Controversies over the proposed amendment

The Prime Minister and parliamentarians of the My Step Alliance stated that the Constitution of 2015 has been distorted due to the malfunctioning of the judicial branch, leading to lack of public trust and legitimacy, which has to be restored in sync with the creed of the Velvet Revolution. As the executive and the legislative went through a complete face-lift, the resolution of the ‘crisis’ hovering over the Constitutional Court is considered necessary before proceeding with the full revision of the Constitution.

Nevertheless, the upcoming constitutional referendum has faced legal and political challenges. Firstly, the issue of holding a constitutional referendum was raised without waiting for the deadline – 27 February 2020, imbued in the law signed by the President, offering an incentive to the judges of the Constitutional Court to retire voluntarily before the expiration of their mandate with a lifetime pension equivalent to their current salary. Nevertheless, as the deadline expired, none of the judges appeared enticed.

Secondly, the extraordinary session was convened in violation of the Rules of Procedure of the National Assembly, which requires seeking a conclusion of the Standing Committee on State and Legal Affairs. As stressed by the opposition, such a document is missing.

Thirdly, the urgency of holding a constitutional referendum has led to suspicions that this is tied to the unfulfilled expectations of the government in the ruling of the Constitutional Court deeming ‘unconstitutional’ the arrest of former President Robert Kocharyan. He has been under trial on charges of overthrowing constitutional order in connection with protests contesting the results of the March 2008 presidential elections, which led to the death of 10 people.

Meanwhile, fourthly, justified as necessary to ensure the independence of the judiciary, separation of powers, and checks and balances, the proposed referendum has been stated to be legally problematic if not ‘anti-constitutional’. The draft constitutional amendment has not been submitted to the Constitutional Court as enshrined in Article 168 of the Constitution, a point contested by opposition parties, extra-parliamentary forces, such as the former ruling Republican Party of Armenia (RPA) and the Armenian Revolutionary Federation (ARF). There is also concern that the executive is exerting influence over the judiciary as contended by international bodies, such as the Venice Commission. On 4 February 2020, Gianni Buquicchio, President of the Venice Commission, issued a statement indicating that early retirement should be ‘truly voluntary’. The Parliamentary Assembly of the Council of Europe’s (PACE) co-rapporteurs for the monitoring of Armenia and the European People’s Party (EPP) in the European Parliament subsequently recommended that the government should seek the opinion of the Venice Commission.

Fifthly, in October 2019 the Ministry of Justice had announced the intention to re-draft the existing Constitution, particularly provisions relating to the judicial and the electoral systems, and form a relevant commission. On the basis of the decision signed by Pashinyan, the Commission, which started its work in February 2020, has to draft a concept of constitutional amendments within three months, stimulate public debate and submit it to the Prime Minister by September 2020. The Commission has already held two meetings, and consists of 16 members: it is chaired by Armenia’s representative to the European Court of Human Rights (ECHR), and comprises the Minister of Justice, the head of the Standing Committee on State and Legal Affairs of the National Assembly, the Ombudsman, one representative from the General Assembly of Judges, two NGO representatives, six lawyers and one representative from each of the three parliamentary factions. While more sweeping changes are foreseen, the rush to hold the referendum has therefore been criticized as financially costly (amounting to 7,235 million USD) and unnecessary (since it could be part of a referendum on a comprehensively revised constitutional text). The government has signalled that the second referendum could be pushed to 2023, or even be foregone.

The executive tendency to mould the fundamental law to its advantage is alarming.

There are also allegations of ‘constitutional manipulations’ by former leaders before ceding power. The Special Investigation Service is scrutinizing an alleged falsification whereby the resignation of the former President of the Court was registered on 2 March 2018 before the actual resignation on 5 March 2020 to allow the above plot to materialize. The refusal to submit the draft amendments to the Constitutional Court for a decision over its constitutionality was explained by the non-suitability of the judges to deliver a decision on a matter that concerns them, inferring a conflict of interest.

Interestingly, the My Step Alliance already has a favourite candidate for the presidency of the Court - Vahe Grigoryan – a judge who has not attended the Court sessions but had proclaimed an aspiration to become its President in June 2019.

The ‘people’ have the final say

With populism on the rise, the ruling My Step Alliance is banking on the reputation of the Prime Minister to garner public support in the constitutional referendum, which requires a minimum 25% turnout and 50% + 1 votes in favour. In a poll conducted by the International Republican Institute (IRI) in September-December 2019, 40% of the respondents found the work of the Constitutional Court ‘favourable’ and 51% ‘unfavourable’, and only 5% thought that constitutional reforms should be a priority. In this context of uncertain outcomes, the launching of the ‘YES’ campaign for the referendum lasting from March 2 to April 3 has proved decisive for shaping public opinion. While Bright Armenia party declared that they will not form a ‘NO camp’, since this may be erroneously formulated as support to the former regime, the Path of Law, an NGO co-founded by Ruben Melikyan, former Ombudsman of Nagorno-Karabakh, together with 60 civic activists and lawyers have initiated a ‘NO’ campaign.

If successful, the amendment would continue a tradition where the Constitution is amended under every new leader, raising concerns that ‘the Armenian political actors have been quelling the Constitution to their own benefit’. The executive tenacity to mould the fundamental law to their advantage is alarming. Even if a Constitution remains the ‘backbone’ of the state, only by ensuring the healthy and harmonious work of the political actors and the institutions it establishes may constitutionalism be better guaranteed and democracy become consolidated.