Analysis of the Fiji Constitution 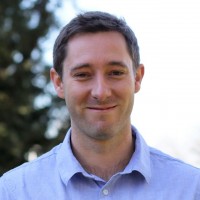 Matthew Dornan
<p><em><strong>By Matthew Dornan</strong></em></p><p>The Fiji government on Thursday released a new <a href="http://www.fiji.gov.fj/">constitution</a>, which will come into effect in September paving the way for elections. The Prime Minister, Frank Bainimarama, also <a href="http://www.fijitimes.com/story.aspx?ref=archive&amp;id=243503">announced</a> his intention to form a political party and stand for election. This will be Fiji’s fourth constitution since independence in 1970. The Bainimarama government has been flagging a new constitution since 2009, when it abrogated the 1997 Constitution, dismissed the judiciary, and committed to holding elections in 2014 (it had previously committed to hold election in 2009). Those actions were in response to a Court of Appeal ruling that the military had acted illegally in seizing power in 2006 (commentary on the new constitution from one of the Court of Appeal judges can be found <a href="http://www.radioaustralia.net.au/international/radio/program/pacific-beat/coup-immunity-takes-precedence-over-new-fiji-constitution-powell/1180166">here</a>) .</p><p>
Read the full article here: DevPolicyBlog