American Federalism, the Coronavirus Pandemic, and the Legacy of Hurricane Katrina 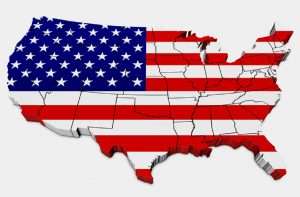 The United States has the highest number of Covid-19 related deaths. Due to the ‘dual’ conception of US federalism and the reluctance of the Trump administration to take the lead, responses have varied across states. This fragmented institutional and policy response raises questions on whether the virtues of federalism conceived for ‘ordinary’ times may be its vice in emergencies, which necessitate an alternative regime with the national government taking a leading and coordinating role – writes Professor Griffin.

Federalism in the United States refers to both a layered system of government institutions and a doctrine freighted by more than 225 years of history under the Constitution.  The institutions encompass not only the national government and the American states, each with their own distinctive histories, but extend down to the local level of counties, cities, smaller communities, and special-purpose entities such as school districts.  Understanding this system is complicated by the fact that each level has a degree of autonomy from the others.  Considered as a doctrine, federalism has no doubt evolved over the years as exhibited by decisions of the Supreme Court, for example; but it has nonetheless influenced generations of policymakers to believe that certain matters are best addressed at the state and local level.

After experiencing first-hand the impact of Hurricane Katrina on the Gulf Coast in 2005, I published a highly critical law journal article reflecting on how the system of federalism had worked in its aftermath. The title: ‘Stop Federalism Before It Kills Again’. There were a number of reasons for my judgment, but the most important was that in a situation that called for decisive leadership and coordinated action, federalism seemed to encourage the opposite.

In a situation that called for decisive leadership and coordinated action, federalism seemed to encourage the opposite.

The intuition that a complex system of federalism facilitates dysfunctional decision making rather than, as is often advertised, the abstract value of liberty, is suggested once again by the response of American governments to the Covid-19 pandemic.  This piece elaborates this thesis by comparing in two respects the Bush administration’s response to Hurricane Katrina to the actions taken by the Trump administration with respect to Covid-19.  It then moves to some general observations about the relationship of federalism to ‘policy disasters’ – that is, an outcome produced by government decision making that is in no one’s interest.

Another issue that arose during Hurricane Katrina was that lines of authority among the different levels of government were not clear and this mattered as decisions had to be made quickly.  Delayed decisions potentially left thousands of people without help or hope.  In the current crisis, the effectiveness of a national health response can be undermined to the extent power is devolved downwards.  This had led to radically different disease regimes being followed by local governments.  At one point, for example, some Florida communities had closed their beaches while others remained open.  At the time of course, Covid-19 was present throughout the State of Florida and the United States.  In the absence of the deployment of national authority, while most American states are observing closure orders, eight have still refused to follow their fellow states.

Considered together, Hurricane Katrina and Covid-19 both produced policy disasters in the United States that were both unnecessary and linked to federalism.  These challenges produced by nature raise the question of whether certain disasters are beyond the capacities of state and local government.  In many respects, these governments are outmatched by the worldwide pandemic.  Moreover, the fact that certain relatively wealthy states, such as California and New York, might be able to initially summon the necessary resources only highlights the pressing questions of inequality among the states that may well come to haunt a prolonged battle with Covid-19.

It does not help that the federal executive branch adopted the position of waiting for requests from the states in a political atmosphere strongly influenced by the approaching November election.  This can easily produce miscommunications and delayed responses as all levels of state and local government, aided by the solo efforts of members of Congress, surge forward in a desperate attempt to pin down necessary resources.  Everyone is essentially making the same requests, but without any coordination.  This means President Trump and his team are free to claim that they cannot satisfy everyone amid the maze of conflicting requests.  But it is a maze they created by their failure to act in an organized national manner.  The result is an avoidance of responsibility at the national level.

It is reasonable to assume that acting on the basis of a single integrated national plan would require making difficult policy choices given limited resources. These are the very choices being avoided by President Trump and his team as the national election approaches.  It has led to the president promulgating essentially meaningless guidelines in an effort to ‘reopen’ the country.  The real consequence of this action, however, is to throw sole responsibility onto ill-prepared and under-resourced state and local leaders to decide how to guarantee the public health going forward.  This again avoids responsibility.

The federal government as first responder and coordinator

As a governing order, the American system of federalism requires more coordination than most to work at all.  In the aftermath of Hurricane Katrina, I drew four lessons which I believe are relevant to the Covid-19 pandemic.  First, I said that an ill-coordinated response to a mass disaster will happen again.  To prevent this, we need to stop our customary ways of thinking about what ‘federalism’ as a constitutional value requires.  That is, we need to face up to the fact that state and local governments are incapable in certain respects of responding to the crisis adequately on their own.  In some circumstances, the national government must be the first responder.

Second, I argued that we cannot act to preserve the values of the eighteenth century when many think the federal system was established because we have changed that system substantially in the ensuing two centuries.  One of the most relevant ways we have changed federalism under the Constitution is by creating a more centralised constitutional order, both through formal and informal constitutional change.  This is the baseline we should use to formulate our responses to Covid-19 in the present.  Third, state and local governments cannot  be the first responders on everything simply because they are first responders on some things, such as providing police and fire protection.  In a true crisis, waiting can be deadly for ordinary people and the layers of government we take comfort in make it more so.

Under current contexts, consideration of formal or informal institutional reforms is unlikely.

Finally, crises produced by nature tend to highlight the role of science in government.  There really is one scientific community, not separate communities for each legal jurisdiction.  That is, science does not track the diversity of federalism.  Neither does Covid-19.  To the extent we should let science take the lead, that points up the necessity and legitimacy of a national response to these crises.

With respect to Covid-19, federalism is currently enabling a purely reactive response in the United States, rather than enabling policymakers to get ahead of the crisis.  A more centralised policy and response framework would also allow the formulation of a strategy to escape the limits of the economic box we are rapidly creating for ourselves.  The substantial inequalities U.S. policy has allowed to be created between citizens and among the several states will be on display for the world to see.  The results are not likely to feature in any future scholarly evaluation of which democratic countries did the best job coping with the crisis.

With the crisis still pressing on policymakers at all levels of government and a national election looming, the current moment is unlikely to allow a consideration of formal or informal institutional reforms.  Once we are on the other side of the crisis, however, there should be a consideration of how altering our current assumptions about federalism is necessary to ensure a more effective national response when the next crisis occurs.