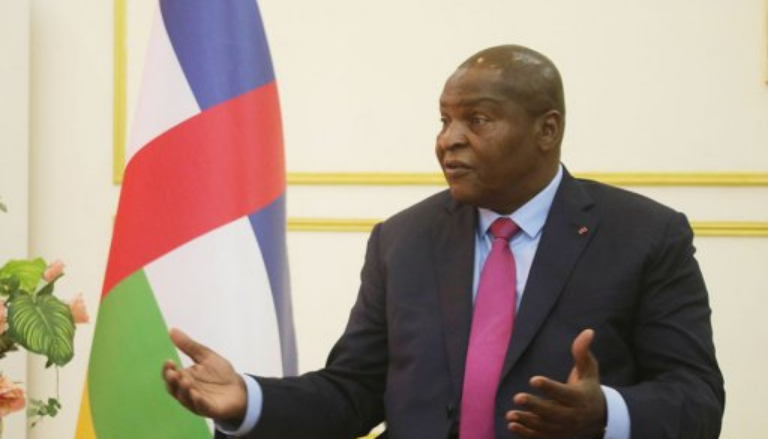 President of Central African Republic, Faustin-Archange Touadéra (photo credit: Rodrigue Molenguela for JA)
Allies of Central African Republic President Faustin-Archange Touadera have proposed changes to the constitution that would let him keep running for office, prompting protests from the opposition. Backers of the plan to remove presidential term limits said it was meant to bring the country into line with many of its neighbours, and was not a ploy to keep 65-year-old Touadera in power. But Crépin Mboli Goumba, president of the opposition Patrie party, said his members would be "intransigent" in seeking to block the change. Several African presidents, including in Rwanda, Congo Republic, Ivory Coast and Guinea, have pushed through constitutional and other legal changes in recent years to allow themselves to stay in office. Activists and watchdog groups say this trend is undermining faith in democracy and has contributed to the spate of military coups in West African countries over the past two years. The amendments [...] would alter a clause which says presidents can only run twice.
Read the full article here: Reuters