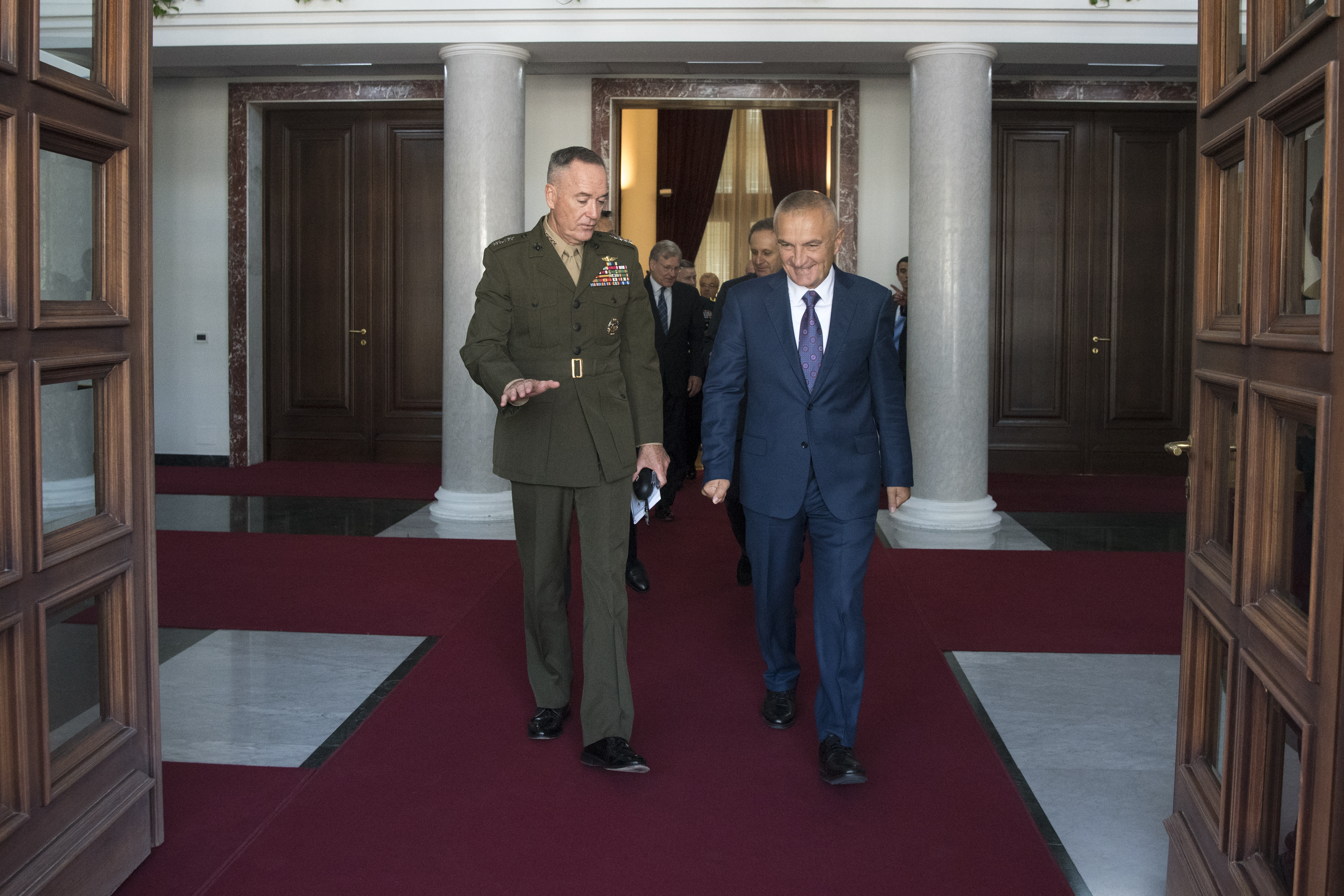 President Ilir Meta of Albania (photo credit: Chairman of the Joint Chiefs of Staff/flickr)
The Albanian Parliament approved a motion to not impeach President Meta with 78 votes in favor and 17 against, while eight abstained. The votes in favor of the motion were cast mainly by the ruling Socialist Party, while the parliamentary opposition remained firm in its demand to impeach the President. According to the Socialist Party's investigative report presented during the meeting of the Commission of Inquiry on July 17, President Meta exceeded his powers, but the violations are not of such magnitude as to justify his impeachment.
Read the full article here: Tirana Times