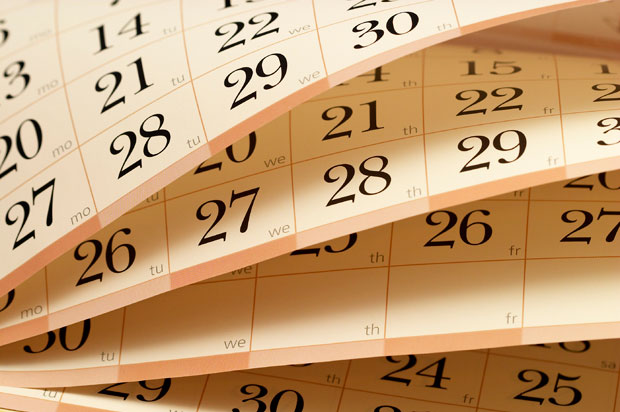 Thailand’s military government has seemingly no other option than to try again, if it wants to have a new constitution anytime soon. And it is one step closer with the Constitution Drafting Committee (CDC) completing its review of the new draft charter last week. While the details of the draft will be unveiled only on Friday (29 January), CDC Chairman Meechai Ruchupan has already labeled the latest draft constitution as Thailand’s “anti-corruption charter” in response to alleged graft cases of past elected governments.

After the junta seized power in a coup in May 2014 that toppled a democratically elected government, the National Council for Peace and Order (NCPO), as the junta officially calls itself, suspended the 2007 Constitution, ironically also penned by the military after the 2006 coup. The NCPO continues to rule over the country with an iron grip - arresting dissidents and cracking down on criticism of any kind.

The current junta’s first attempt for a new constitution failed in September 2015, when the first draft did not pass the junta-appointed National Legislative Assembly (NLA) after a ten-month drafting period. While it did not hurt the political interests of the junta that conveniently extended its rule, the failed drafting process entailed another postponement of democratic elections this time until mid-2017 - far after the promised timeframe of late 2015. In the past five months, a newly-assembled Constitutional Drafting Commission (CDC), headed by law professor Meechai Ruchupan, was busy writing up a new constitution and is scheduled to present the final draft to the public on January 29.

So, what are the key issues to look out for in what would be Thailand’s 20th constitution?

The CDC draft would introduce a single-ballot system with only one vote needed to allocate the 500 seats in the next parliament under a mixed-member proportional representation system (MMP). Unlike the classic German MMP model, under the CDC proposal, the single-ballot votes would determine not only the winning MP candidate of each constituency but votes for the losing candidates would also be factored into the calculation of the party-list seats. This is not much different from the provision of the rejected charter draft that proposed the same electoral system last year, only splitting the vote into two between the district votes and the party lists.


Observers of the new electoral system initiative have criticized the CDC - and by extension the military junta – arguing that behind their efforts to strengthen non-mainstream parties and force multi-party coalitions to prevent anyone from gaining absolute majority, stands their real intention to weaken elected governments, in particular the popular electoral dominance of the Shinawatra family. Thaksin Shinawatra came into power in 2001 thanks to winning over rural voters until he was ousted in a putsch by the military in 2006 and forced into self-exile. It is that solid voting base in North and Northeast Thailand that carried a Thaksin-affiliated party to victory in the post-coup elections in 2007. The next landslide victory by a Shinawatra came four years later, when Thaksin’s sister Yingluck became prime minister – only to be ousted by the military in 2014.

However, it is doubtful that the proposed changes would prevent another election victory by a Shinawatra-affiliated party, since the 2007 and 2011 elections would have led to the same results under these altered rules and at best could only close the gap with the main rival opposition party.

Regarding the selection of the Prime Minister, it is reported that parties will be asked to submit lists of three names as potential PMs. While this is intended by the CDC to give voters certainty about which candidates could get the government’s top job, it is unclear at this point how exactly the winning candidate will be picked after the election, other than he/she will be ultimately confirmed by the lower House.

It adds to the uncertainties that there is no clause that would explicitly prohibit someone from outside the parliament to run for the highest office. The PM candidates do not have to be elected as part of the party list or FPTP seats, but just need endorsement by a political party as a PM candidate. Concerns were also raised over the potential confusion of the voters, who might not know which PM candidate’s name will in fact be put forward from the party list, as the candidates are not listed in order of preference.

Thailand has alarming history regarding unelected prime ministers. In democratic elections that followed the 1991 military coup unelected junta leader General Suchinda Kraprayoon was appointed as prime minister, which triggered anti-government protests that escalated into the events of the ”Black May”, a popular uprising that claimed dozens of lives and ultimately doomed Suchinda’s rule. In charge of the drafting of the constitution that left the loophole of an unelected PM open was Meechai Ruchupan, who also chairs the current CDC.

Whoever gets to become PM will only be in office for a limited time, as the CDC is reported to have included a provision limiting the prime minister’s tenure to eight years, regardless how many times a person assumes the post. This is still a long timeframe considering that most governments in recent Thai history have rarely survived a single four-year-term.

3. What if the government "does not do its job”?

One of the main motives stated by the military government and its supporters for the coup is the elimination of corruption entrenched in Thai politics, which they claim to be a side effect of electoral democracy. While Thailand’s armed forces themselves have never been infallible, their next constitution will take aim specifically at politicians that have been caught in corrupt acts or behavior. For instance, only one minister proven guilty of corruption would reportedly entail the removal of the entire cabinet. Also, the PM and his/her ministers could face punishment as well, if they did not ”follow their jobs” – a vague term the CDC is yet to define.

Additionally, several ”independent” government agencies such as the National Anti-Corruption Commission (NACC), the Office of the Auditor-General (OAG) and the Election Commission (EC) would be granted more powers to launch investigations on their own without having to wait for a formal complaint. The problem is that these organizations themselves have been facing allegations of bias, unsurprising given Thailand’s polarized political climate. And indeed past incidents point to an apparent politicization of the said bodies, such as the EC being stubbornly reluctant to hold the 2014 snap-elections and one recently-added NACC member being an ex-junta member.

4. New rules in case of an impasse

Concerns over non-elected bodies hovering over an elected government like the sword of Damocles reached their peak - reportedly leading to the rejection of the previous charter draft - when the so-called Committee for Reform Strategy and National Reconciliation was added to the draft in the last minute with powers to potentially take over from an elected government when – in the judgment of the Committee – they deemed it in national interests to do so.

Despite this “Crisis Panel” being the last nail in the previous charter’s coffin, the military junta has again suggested that such a panel could be introduced. This may explain the CDC’s refusal to reveal details about the new charter‘s ”mechanisms in case of political impasse”, while not ruling out the possibility of another Crisis Panel.

One new feature seems to be sure, which would entail granting new powers for the Constitutional Court to resolve cases of political deadlock, as the new CDC moved the infamous catch-all article 7 of previous charters in the Court’s jurisdiction. Accordingly “[w]henever no provision under this Constitution is applicable to any case, it shall be decided in accordance with the constitutional convention in the democratic regime of government with the King as Head of State.” It will be important to look out for further details on this in the draft constitution, especially in light of previous experiences of “political deadlocks” where protest groups, most notably in 2006, interpreted this clause as allowing the King to intervene and appoint an interim government himself.

Many more issues have been on the CDC’s table and probably even more that we will not know until after the publication of the draft on 29 January - well within the six month timeframe allocated for drafting. But unlike last time, when the NLA voted against the first draft, this version will be directly submitted for a referendum in the summer. If the draft is approved, the NLA will devote the second half of 2016 to drafting and passing organic laws that will also need to be approved by the Constitutional Court in early 2017. The junta's current roadmap ends with democratic elections planned for the summer of 2017.

But what if the draft fails at referendum? While the current interim constitution, promulgated by the military junta shortly after the coup, has no provision for this scenario, prime minister Gen. Prayuth stated earlier this week that elections would still take place next year, with CDC chairman Meechai adding that meanwhile the interim constitution would stay in force, including the controversial Article 44 that gives the junta near-absolute powers.

But even if everything goes according to plan and elections actually take place and a parliament is formed, the elected government should be prepared to face difficult constitutional “mechanisms”, as Thailand’s powerful military is not likely to shy away from another sudden takeover, as it has already proved with 12 coups in Thai history. And then they would try again, and again, and again…

Saksith Saiyasombut is a Thai political blogger and international broadcast journalist. He extensively blogs about Thai politics on AsianCorrespondent.com since 2010 and worked as Thailand correspondent for ChannelNews Asia. Saksith also frequently appears on Al Jazeera English, France 24, BBC World Service and ABC News 24 as an on-air analyst and commentator. He can be followed on Twitter @Saksith.

Matt 28 January 2016
The use of MMP will be a step forward, regardless of the less virtuous reasons behind its inclusion. Thailand needs fair proportional representation, both for public perceptions of government legitimacy, and for reducing the (exaggerated) risks of runaway megalomania. The other provisions though seem to have less credible benefits.
Anonymous 28 January 2016
Main problem is: who, in Thailand, could possibly be a fair PM? Trying hard but cannot see any outstanding competent character who could fit in the political deserted landscape.