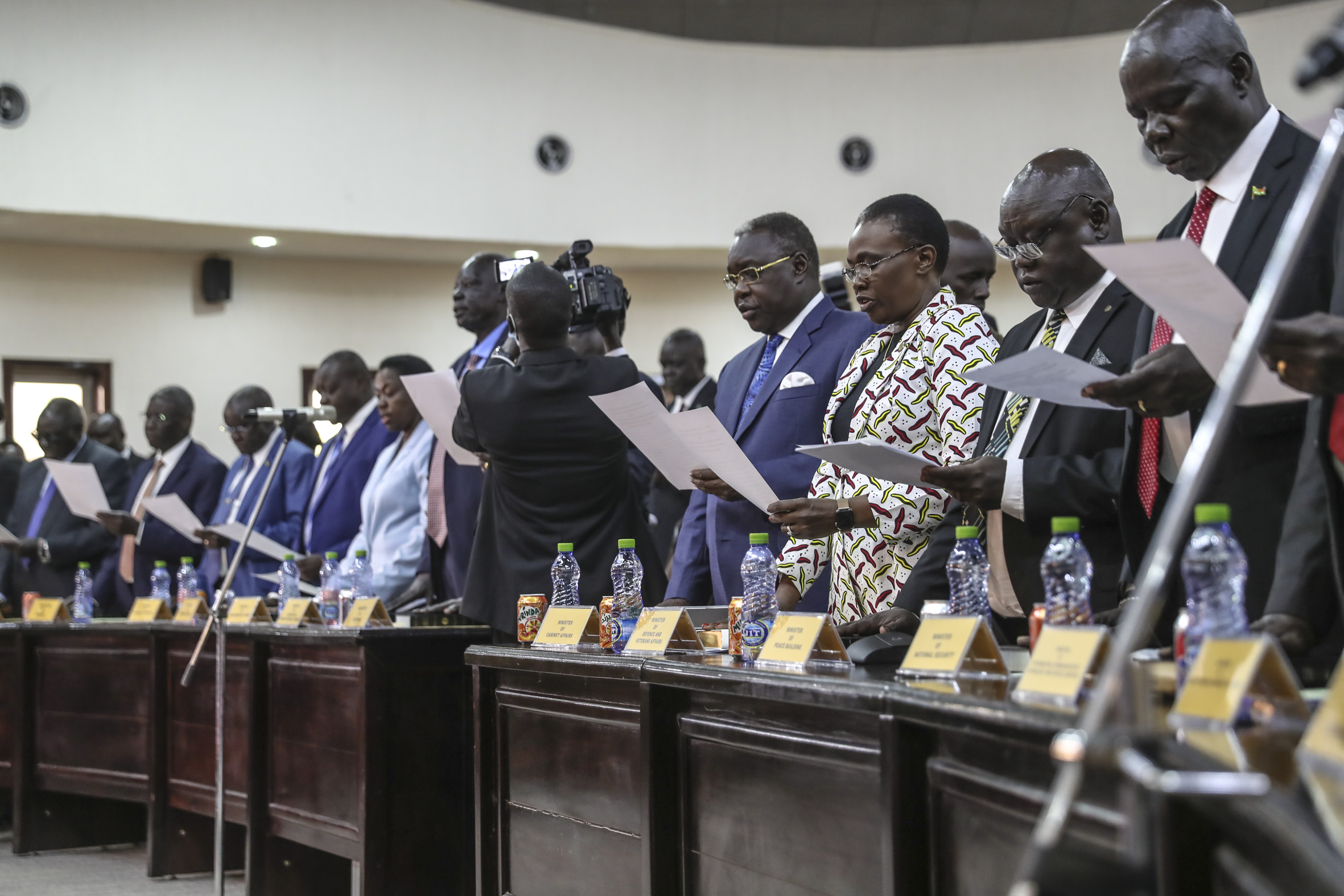 Swearing-in of ministers in Sudan's transitional government March 2020 (photo credit: UNMISS/flickr)
Sudanese Prime Minister Abdalla Hamdok has issued a decision to dissolve the government, the Council of Ministers said in a statement. "In accordance with the provisions of the constitutional document for the transitional period, the Prime Minister issued a decision today to relieve the ministers and ministers of state in the government of the transitional period from their posts and end the assignment of the acting ministers," Xinhua news agency quoted the statement as saying on Sunday.
Read the full article here: DT Next