In Cambodia, parliament unanimously approves amendments to six articles of the constitution 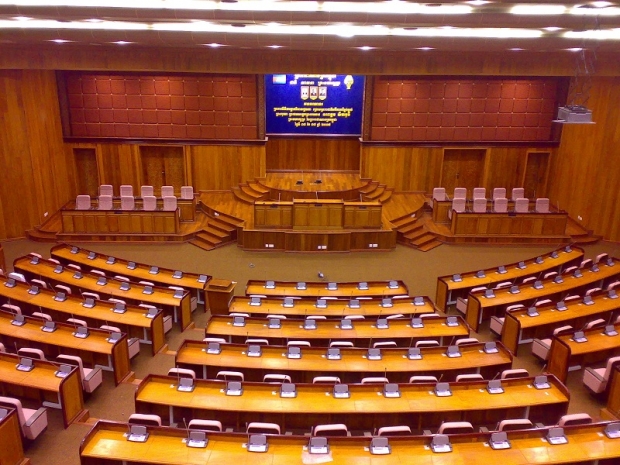 National Assembly of Cambodia (photo credit: AGORA-parl.org)
The National Assembly (NA) on July 28 voted in favour of adopting changes to six articles of the Constitution and two articles of the Additional Constitutional Law – the 10th amendment to Cambodia’s founding charter since the completion of the original document in 1993. [...] The NA said the amendment of these articles is intended to ensure the regular functioning of national institutions, especially the executive body, and to make sure that they are able to maintain continuity of government under all circumstances. It also safeguards peace, social security and public order as well as political stability in the Kingdom in all situations, which is the basis for development in all sectors and the happiness of the people, the NA said. [...] On July 21, four political parties – Candlelight (CP), Khmer Will (KWP), Cambodian Reform (CRP) and Grassroots Democratic (GDP) – submitted a petition to the NA requesting that they vote against the draft amendment, arguing that the changes would weaken the power of the legislature should it be adopted. Similar concerns were raised by more than 100 local NGOs and associations on July 27. They said this amendment did not reflect the will of the people, affected multi-party democratic principles, weakened national unity and undermined the parliamentary system.
Read the full article here: Phnom Penh Post