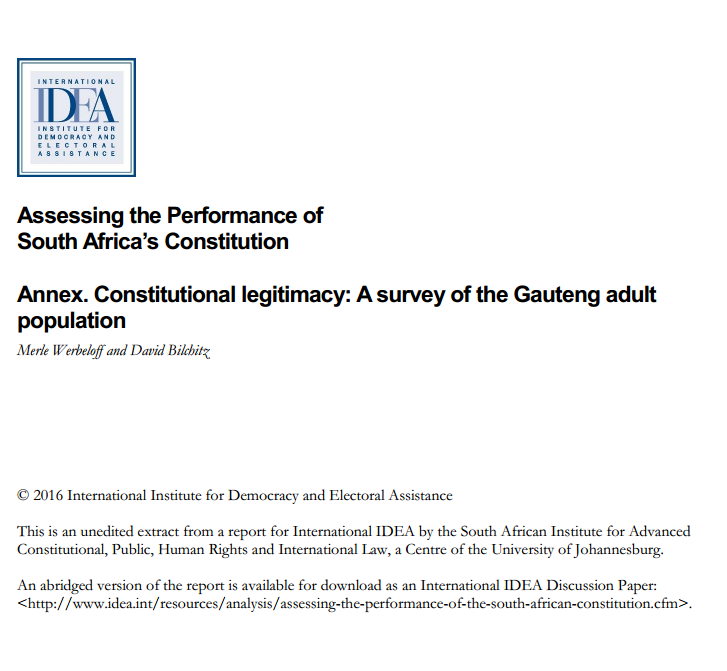 Assessing the Performance of the South African Constitution

The notion of evaluating the performance of a constitution is a relatively recent one. With the growth and development of constitution-making over the past three decades, an understanding of what constitutions seek to achieve and how they achieve it is of increasing importance: Are there better or worse ways of drafting constitutions? Which ways are more or less likely to lead to the desired outcomes? And, how are we to understand the elements of a constitution, the interaction between particular provisions and the concrete realities that unfold after the moment of constitution drafting?

The report has several chapters dealing with the performance of different constitutional institutions.  The initial and final chapters, containing the methodology, approach and conclusions, are contained in one "abridged report".