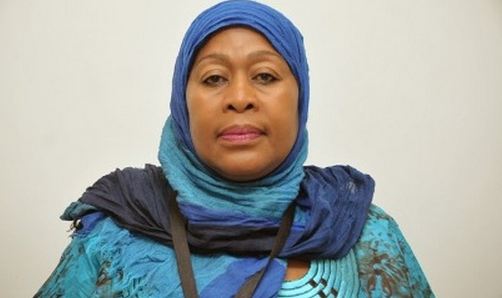 Ms. Samia Suluhu
<p>The Vice-person of the disbanded Constituent Assembly, Ms Samia Suluhu, has stressed the need for people in Isles to vote for proposed constitution since they stand to benefit a lot comparing to the people in Tanzania Mainland.</p><p>Speaking at a public rally officiated by the Secretary General of Chama Cha Mapinduzi (CCM), Abdulrhaman Kinana, at Kizimkazi Mkunguni ground in Makunduchi Constituency, South Region of Unguja, Ms Suluhu mentioned land as one among the benefits that Isles people will benefit a lot once the proposed constitution is endorsed.</p><p>“Land is among the benefits that we people in Zanzibar stand to benefit to new constitution to come comparing to the people in Tanzania Mainland,” she said.</p>
Read the full article here: Daily News