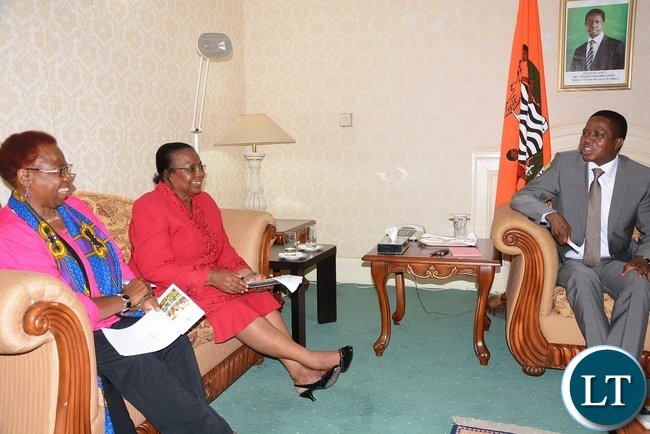 President Edgar Lungu speaks to NGOCC member of board of trustee Dorothy Hamwele (c) and NGOCC chairperson Sarah Longwe at State House (photo credit: Lusaka Times)
<p>The NGOCC has said less than 70 days before the proposed National Referendum is held, the PF Government only released the proposed “Bill of Rights” that is supposed to be subjected to the National Referendum on Monday 30th May 2016. The people of Zambia are not aware of the contents of the proposed “Bill of Rights” that they will be voting for or against.</p><p>The NGOCC said the delay in releasing the proposed “Bill of Rights” by the Government of the Republic of Zambia is a deliberate ploy to yet again deprive the people of Zambia an opportunity to have a people driven Constitution that is reflective of the Zambian people’s will and aspirations.</p>
Read the full article here: Lusaka Times