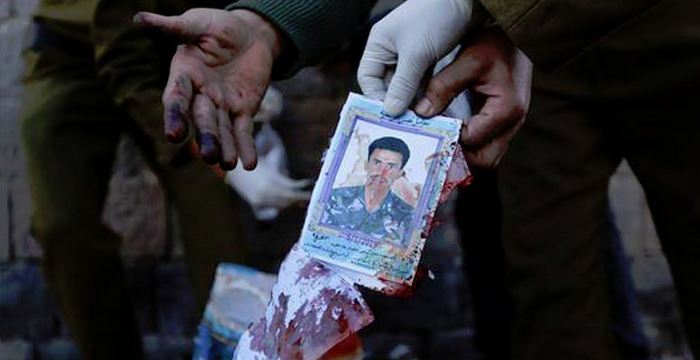 Yemen's Houthis burn Presidential Palace opposing proposed draft constitution
<p>Houthi rebel militias bombed the presidential residence of Abdrabou Mansour Hadi in the Yemeni capital of Sanaa on Tuesday, with no casualties reported.</p><p>The insurgent group took over much of Sanaa in September, amid fierce clashes with the state’s armed forces, which left hundreds of civilians dead.</p><p>Abdel-Malik Al-Houthi, leader of the Shi’a rebel group, appeared on Almasserah TV channel, founded by the group in 2012, after Tuesday’s presidential residence attack, and gave a long speech urging new demands from the Hadi regime and Yemeni people.</p><p>“None of the National Dialogue Conference outcomes were activated, and it is all because of the selfish political parties and corrupt old regime,” Al-Houthi said.</p>
Read the full article here: Daily News