Work is ongoing to form constitutional committee for Syria 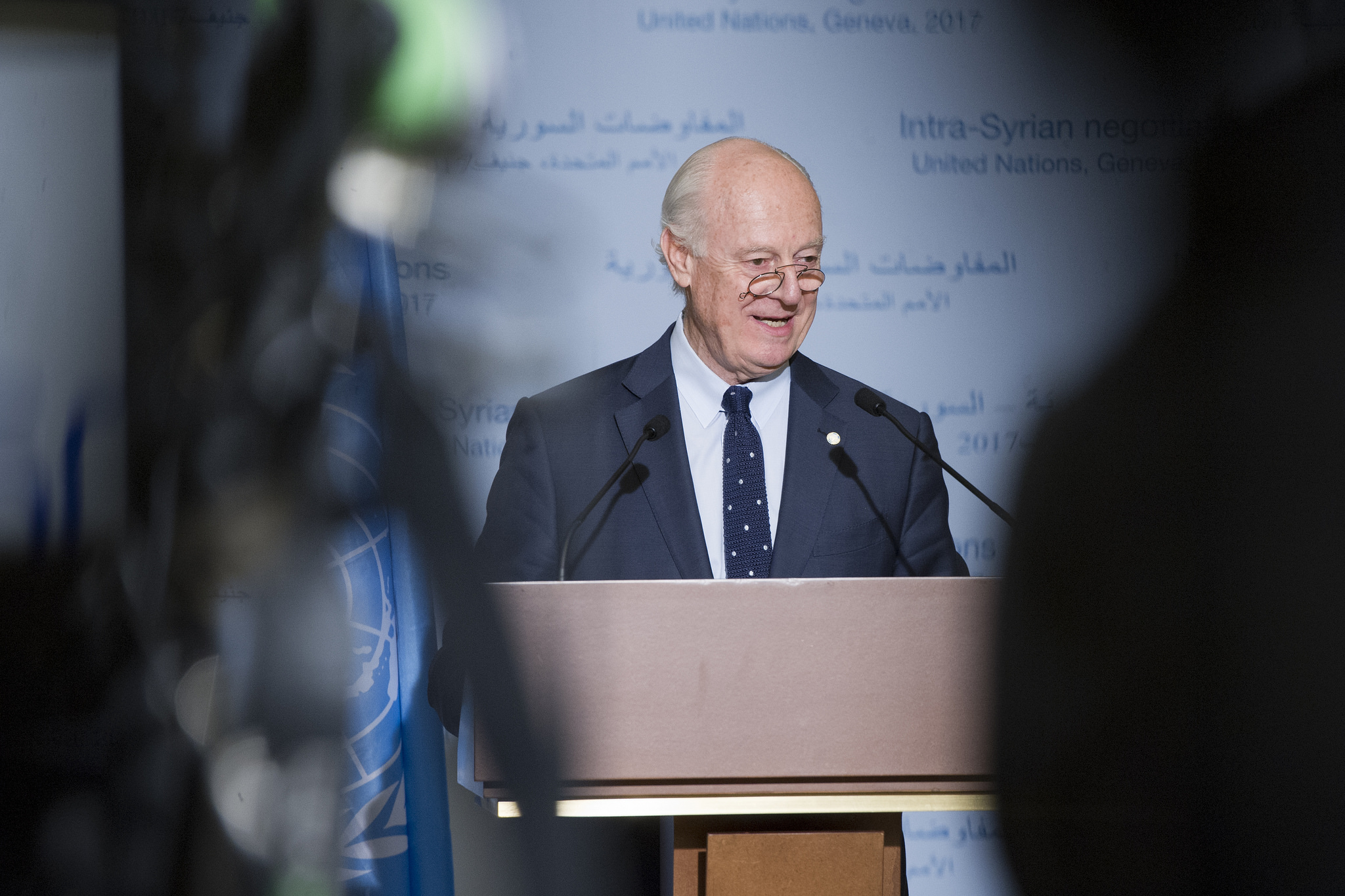 photo credit: UN Geneva/flickr
The U.N. Special envoy for Syria said Monday work is still ongoing to form a committee meant to draft a new constitution before the end of the year, adding that hurdles remain in place. [ . . . ] At issue is the 50-member delegation comprising Syrian experts, civil society, independents, tribal leaders and women that de Mistura was authorized to put together by countries attending a Russian-hosted Syrian peace conference in the Black Sea resort of Sochi on Jan. 30. Agreement has already been reached on a 50-member government delegation and a delegation equal in size from the opposition for the drafting committee. Syrian President Bashar Assad has said his government will only consider amendments to the current constitution, in defiance of the Sochi agreement to have the government, opposition and independents draft a new document.
Read the full article here: Beloit Daily News