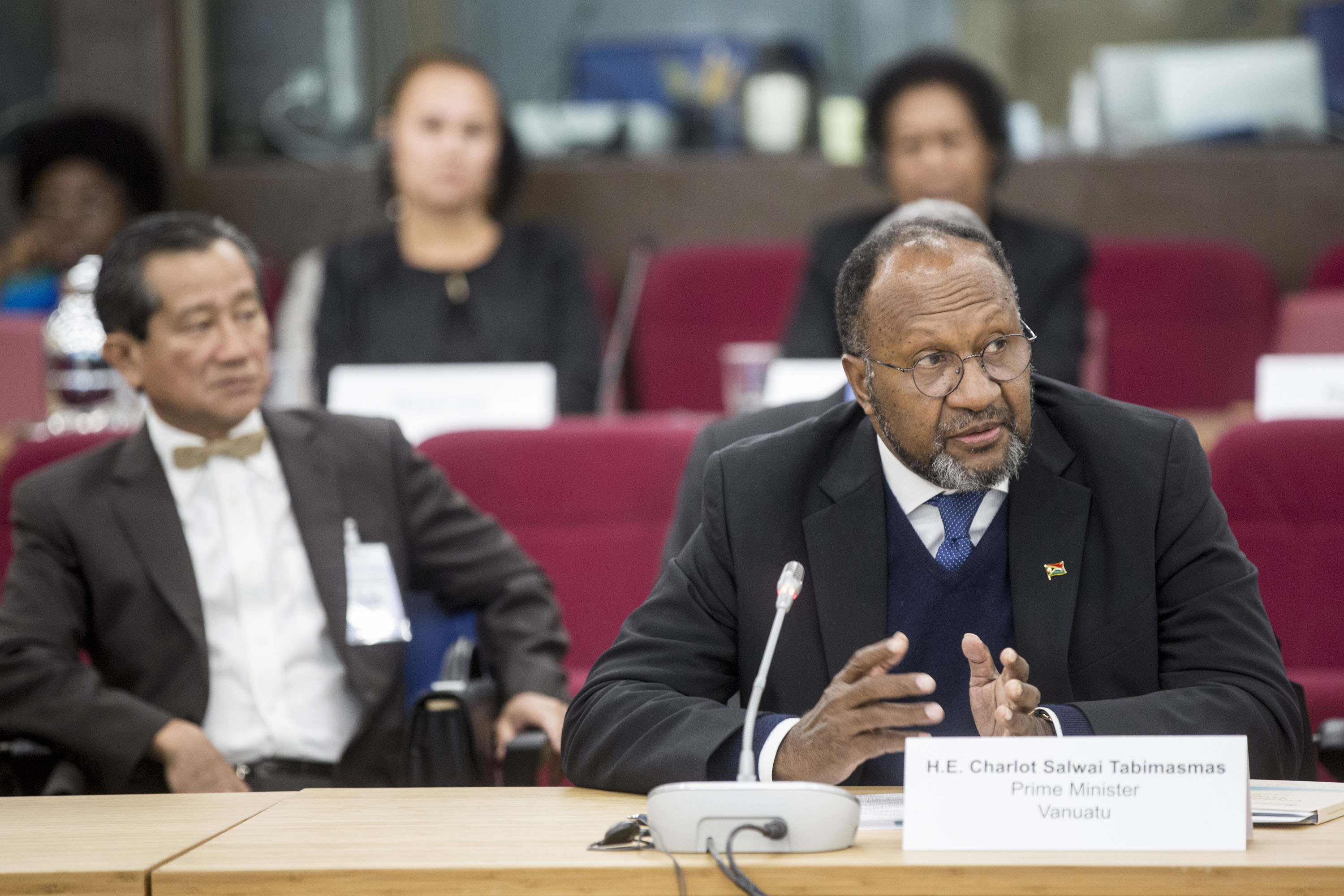 Vanuatu Prime Minister Charlot Salwai Tabimasmas (photo credit: The Food and Agriculture Organization of the United Nations/flickr)
Vanuatu‘s parliamentary opposition says the government has failed to consult adequately about introducing political reforms. Addressing Vanuatu‘s long running problem of political instability had been a stated aim of prime minister Charlot Salwai‘s government when he came to power in 2016. But little has been achieved on this front as the parliament term approaches an end. However, parliament is convening tomorrow when Vanuatu‘s government is seeking to pass the Political Parties Registration Act.
Read the full article here: Cora Courier