In US, new push to grant Washington DC statehood and equal representation in Congress 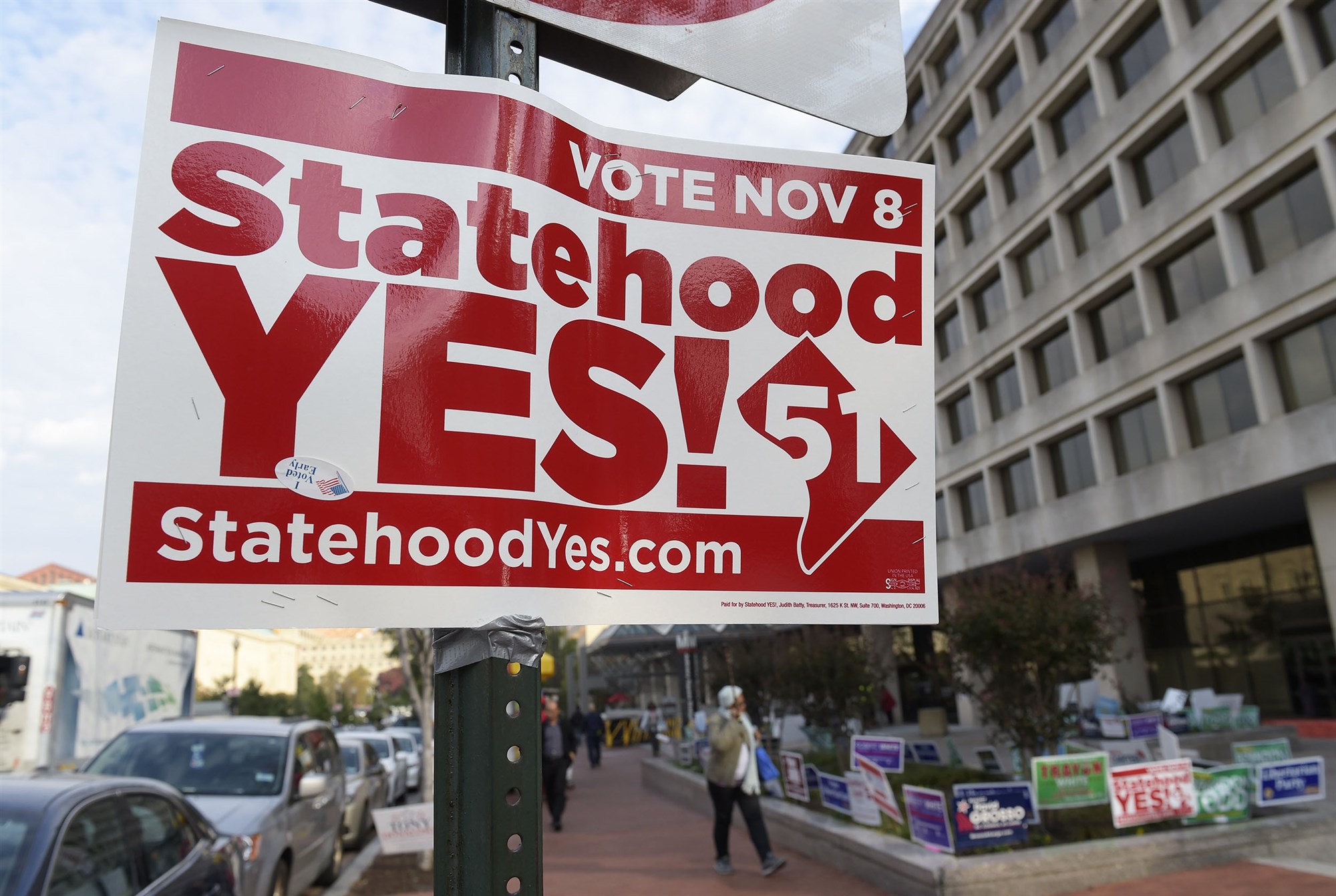 Signs supporting statehood in Washington D.C. (photo credit: Susan Walsh/AP File)
A new campaign is hoping to make statehood for the District of Columbia a priority for Democrats in early voting states Iowa and New Hampshire — and a priority for whoever wins the White House in 2020. D.C. residents, who pay taxes but do not have full representation in Congress, have pushed for statehood for decades, but their struggle is now being picked up by national Democrats looking for an edge in a political system they say disadvantages their party. Some scholars say D.C. statehood would require a constitutional amendment rather than just an act of Congress given its unique status, unlike Puerto Rico where some also are pushing for statehood.
Read the full article here: NBC News