Upsetting the Israeli Jewish-Democratic Balance: From the Declaration of Establishment to the Nation-State Bill 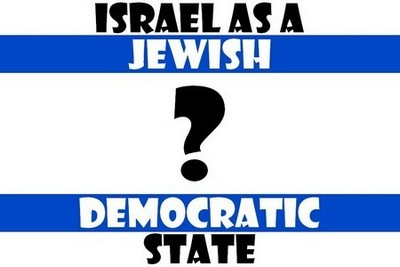 Proposed reforms to the Basic Law would cement Israel’s illiberal turn in favor of the state’s Jewish character, with potentially serious implications to the rights of minority groups and women. While similar reform efforts have failed in the past, the absence of a supermajority requirement to effect such changes may allow the current government to successfully push through the reforms – writes Professor Gila Stopler.

The historical origins of the definition of Israel as a Jewish and a democratic state can be traced to the 1948 Israeli Declaration of Establishment. This declaration, which does not have binding legal force, states that Israel is to be a ‘Jewish state’, but at the same time that it will ‘ensure complete equality of social and political rights to all its inhabitants irrespective of religion, race or sex; it will guarantee freedom of religion, conscience, language, education and culture’. In order to emphasize the linkage between the Basic Laws and the Declaration of Establishment, section 1 of the Basic Laws states that the rights enshrined in them ‘shall be upheld in the spirit of the principles set forth in the Declaration of the Establishment of the State of Israel’.

Two core controversies: the meaning and compatibility of Israel’s definition as a Jewish and Democratic state, and the proper relationship between the judicial and political branches.

The enactment of the 1992 Basic Laws on Human Rights was labelled by the former chief justice of the Israeli Supreme Court, Aharon Barak, a constitutional revolution. The Court used these Basic Laws to buttress the protection of human rights in Israel by holding that laws that violated rights enshrined in these Basic Laws could be declared invalid, and by interpreting the scope of these rights widely. In a country in which 20% of the population belongs to the Arab minority and in which there are deep disagreements within the Jewish majority over the proper status of religion in the state, the Court’s rulings determining that rights such as equality, freedom of religion, and freedom of speech were protected in the Basic Laws on Human Rights were highly significant. While such rulings were supported by Israeli liberals, many nationalist and religious conservatives strongly opposed them. These contradictory reactions to the Court’s jurisprudence are a reflection of two defining ideological, political and legal controversies within Israeli society – one is the controversy over the meaning of Israel’s definition as a Jewish and Democratic state and the compatibility of these two characteristics, and the other is the controversy over the proper relationship between judicial power on the one hand and the power of the government and the Knesset on the other.

An illiberal turn in Israel (and beyond)

These two controversies have gained increasing prominence in recent years due to internal as well as external developments. In terms of external developments, an important factor affecting Israeli politics and society is the process of democratic backsliding occurring throughout the world, and especially the election of Donald Trump as the US president. Democratic backsliding is an incremental process where the governing powers in a certain country use legal, political, and public opinion tools to create a gradual change in the constitutional system. By utilizing populism, nationalism and religion, the governing powers gradually undermine the liberal democratic characteristics of the system and replace them with authoritarian ones in order to achieve a deep and lasting change in the constitutional system. The fact that this process is occurring simultaneously in many countries today serves as tailwind to the Israeli government’s own efforts in that direction. Even more so, President Trump’s active support for the Israeli government’s right wing policies legitimizes them in the eyes of many within Israeli society and shields Israel from the possible adverse consequences of its actions in the international arena.

Significant aspects within the Israeli legal system are marked with illiberality

Internally, the last two decades have seen a gradual shift towards right wing nationalist and religious ideology within the Israeli public which culminated in the 2015 elections. Following the elections, Prime Minister Benjamin Netanyahu formed the most hard-right coalition government ever to rule Israel. This shift towards the hard-right accompanied in recent years by significant democratic backsliding has been facilitated by the fact that, despite some strong liberal democratic features, Israeli constitutionalism has never been fully liberal and should more accurately be described as what I term semi-liberal constitutionalism, a constitutional structure that expresses a combination of liberal and illiberal elements. I consider Israeli constitutionalism to be semi-liberal because from its inception it has purported to maintain a dual normative commitment combining liberal democratic values with a commitment to its Jewish nature.

Significant aspects within the Israeli legal system are marked with illiberality: Israel’s continued belligerent occupation of the territories it has occupied in the 1967 war; some facets of Israel’s treatment of its Arab citizens; and some features of religion-state relations in Israel. While these aspects vary in the extent of their deviation from liberal democratic principles, they all contribute jointly to a serious weakening of the liberal democratic foundations of Israel’s constitutional system. The selective commitment to liberal democratic principles facilitates public support for right-wing religious and nationalist parties and serves as a convenient setting for the democratic backsliding occurring in Israel.

Another important factor that contributes significantly to Israel’s democratic backsliding is Prime Minister Netanyahu’s reaction to the extensive corruption investigations against him in the last two years. To de-legitimize the investigations and their expected findings, Netanyahu has launched an unprecedented attack on all democracy’s watchdogs intended to persuade his voters that he is being persecuted solely on the basis of his (and his voters’) political opinions. An example of the combined effects of the shift to the right and of Netanyahu’s attacks on democracy’s watchdogs is the Israeli government’s recent determination to propose a law that would allow parliament to override  Supreme Court decisions that invalidate unconstitutional laws.

Toward Israel as the ‘Nation State’ of the Jewish People?

Since 2011, several attempts to pass different versions of this bill have been thwarted, and the relative success of the recent vigorous efforts to pass the Nation State bill should be understood in light of the aforementioned background. The aim of the Nation-State bill, according to Justice Minister Ayelet Shaked of the Jewish Home nationalist religious party, is to counteract the preference that Shaked accuses the Supreme Court of giving democracy over Judaism in its interpretation of the Basic Laws on human rights. Thus, in support of the Nation-State bill, Shaked is quoted as saying: ‘From a constitutional point of view there is an advantage to democracy and it must be balanced and the Supreme Court should be given another constitutional tool that will also give power to Judaism’. Similarly, Tourism Minister Yariv Levin of the governing Likud party referred to the Nation-State bill as ‘a historic step to correct the constitutional revolution that has harmed the Jewish status of the State of Israel’.

Controversy over the content and the wording of the Nation-State bill has generated some changes in its content.

Accordingly, section 1 of the proposed Nation-State bill declares Israel as the Nation State of the Jewish people and that the right to self-determination within the state of Israel is unique to the Jewish people. The proposed bill has generated significant controversy over its purpose and legitimacy. Whereas the right wing government contends that the bill is a required recognition of Israel as a Jewish state, liberals contend that its purpose is to restrict and circumvent the democratic nature of the state and especially the protection of human rights. The controversy over the content and the wording of the Nation-State bill has generated some changes in its content. For example, a prior version of the proposed bill included a provision making the interpretation of all other laws and Basic Laws subject to section 1 of the Nation-State bill. This would have explicitly subjected the democratic nature of the state and the interpretation of the human rights set in the Basic Laws on human rights to Israel’s character as a Jewish state. The ensuing criticism made the drafters of the proposed bill remove this provision. However, the exclusive reference of the Bill to Israel as the Nation State of the Jewish people and the lack of any reference to Israel’s democratic nature are in themselves harmful.

The provisions of the proposed bill generated controversy not only between liberals and the nationalist religious right but within different strands of the right wing as well. Thus, one of the proposed provisions was intended to compel courts to apply principles of Jewish Law whenever they are faced with a lacuna in Israeli law. While this provision was strongly supported by the religious right, it was eventually removed at the demand of the head of the committee responsible for the preparation of the proposed bill, a gay Knesset member from the governing Likud party, who was rightly worried that the said provision will allow the imposition of discriminatory Jewish Law and endanger the rights of sexual orientation minorities, which are currently relatively well protected in Israel.

Some provisions restrict rights based on the Jewish character of the state.

Nevertheless, other provisions that restrict rights based on the Jewish character of the state were left in place. One example is a provision that guarantees cultural and religious communities the right to preserve their culture and traditions, which is strongly opposed to by feminist organizations since it is feared that it will give these communities a constitutional right to discriminate against women (and others) on the basis of religious and cultural traditions. Another important example is the provision allowing national and religious communities to establish separate towns and bar others from settling there on the basis of their religion or nationality. This provision seeks to directly overturn the precedent-setting Ka’adan case decided in 2000, in which the Supreme Court was asked to rule whether it was legal for the state to refuse to sell land in Jewish towns to Arab citizens. Referring explicitly to the values of Israel as a Jewish and Democratic state set out in Basic Law Human Dignity and Liberty, the Court held that the state may not refuse to sell land in a Jewish town to Arab citizens. The Court ruled that ‘the values of the State of Israel as a Jewish and democratic state do not, by any means, suggest that the State will discriminate between its citizens. Both Jews and non-Jews are citizens with equal rights and duties in the State of Israel’. The Nation-State bill would reverse the fundamental principles in this ruling.

The process of democratic backsliding in Israel threatens to seriously undermine the state’s commitment to liberal democratic values and give undue precedence to nationalist and religious ones.

In the past, attempts to pass the Nation-State bill have not been successful. Nevertheless, since the parties in the ruling coalition are determined to pass the bill to appease their ever-growing right wing electorate, and because the passing of this bill as a Basic Law does not require a special parliamentary majority, the chances that the bill will pass this time seem high.  From its inception, Israel has adopted a form of semi-liberal constitutionalism that purports to maintain a dual normative commitment to liberal democratic values and to its Jewish nature. This delicate balancing act has never been easy and, as the proposed Nation State bill illustrates, the process of democratic backsliding that Israel has been undergoing in recent years threatens to seriously undermine the state’s commitment to liberal democratic values and give undue precedence to nationalist and religious ones.

Gila Stopler is Professor at the College of Law and Business, Israel.