In the United States, states sue to demand recognition of Equal Rights Amendment 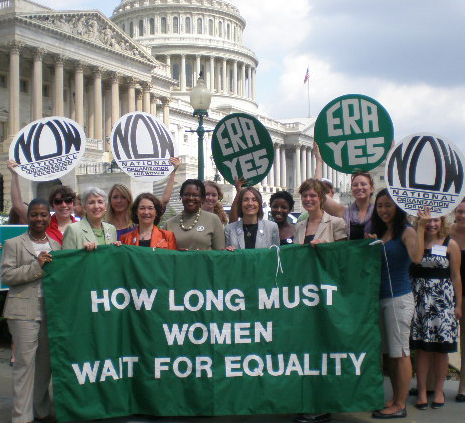 Rally for the Equal Rights Amendment (photo credit: National Organization for Women/flickr)
The last three states to pass the Equal Rights Amendment sued the archivist of the U.S. government on Thursday, demanding that the amendment to the U.S. Constitution guaranteeing equal rights for women be declared valid. Virginia, Illinois and Nevada filed the lawsuit in U.S. District Court for the District of Columbia, intensifying a debate over whether the deadline to ratify the ERA has passed, and whether the amendment is still needed.
Read the full article here: Reuters