UN envoy calls for new round of Syria talks in a month, constitution included 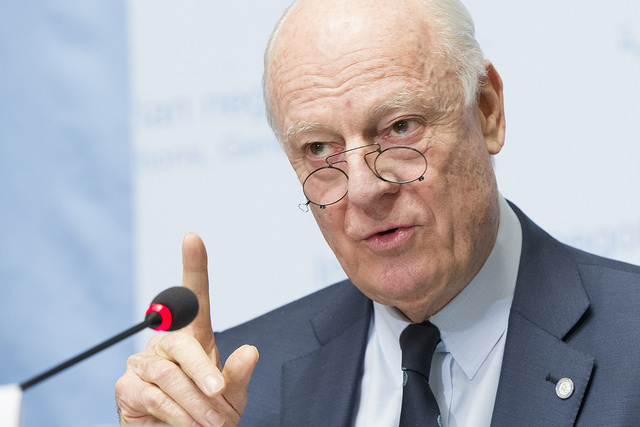 Staffan de Mistura, United Nations Special Envoy for Syria (Photo credit: Violaine Martin / Flickr)
The U.N.'s top envoy for Syria announced Wednesday that new talks between Syria's government and opposition will take place "in about a month" and said this eighth round must finally move to "genuine negotiations on the political future" of the war-ravaged country.
Read the full article here: ABC News