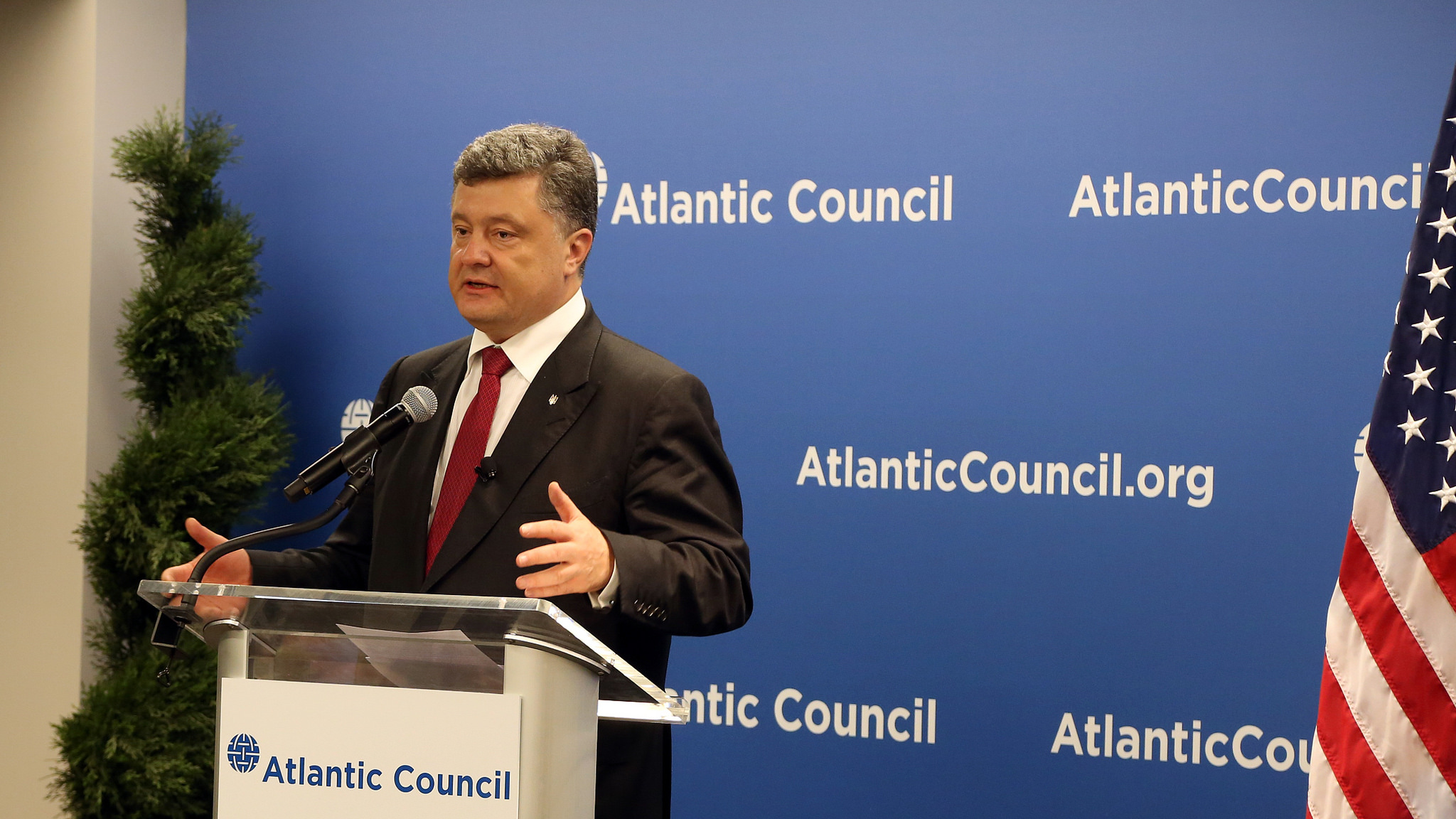 photo credit: Atlantic Council/flickr
A draft law on amendments to the Constitution of Ukraine which will make the reform of local self-government, also known as decentralization, inevitable will be submitted to the Verkhovna Rada, Ukraine's parliament, in the near future, Ukrainian President Petro Poroshenko has said. "We'll propose as soon as possible a draft law on constitutional amendments to secure the reform of decentralization, reform of local self-government, and make it inevitable. And I, as president, will table the bill in parliament," Poroshenko said at a meeting of the Regional Development Council in Kyiv on Monday.
Read the full article here: Interfax